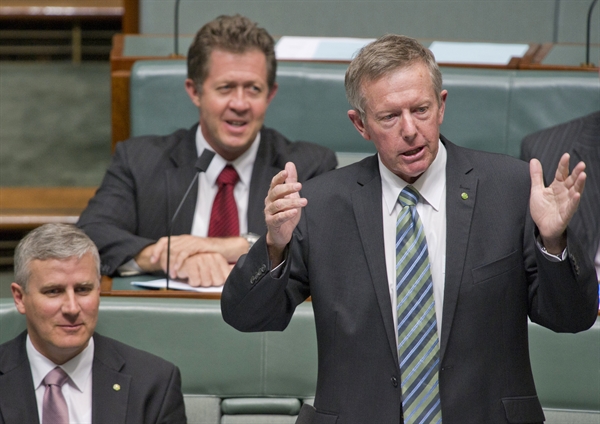 The Federal Minister for Social Services, Kevin Andrews, and Federal Member for Parkes, Mark Coulton, have slammed the previous Labor Government for their hapless and incompetent management of public housing in Moree.

The issue of failed public housing in Moree was raised by Mr Coulton during question time following reports by the Moree Champion that outlined the severe problems that have emerged in the housing estate, including collapsing foundations and failed drainage and sewage systems.

Mr Coulton said that he was disgusted that so much money was wasted and that the potential housing had been lost.

“One of the clear problems was that, like so many other Labor programs, it was very poorly managed. Under Labor there were six ministers for Housing, so it is very clear that there was no consistency. This certainly hasn’t been the first program that was bungled,” said Mr Coulton.

The Federal Minister for Housing, Kevin Andrews said that issues with the housing arose because they were built without council approval in Moree’s notoriously shifty black soil.

Minister Andrews highlighted the concern that was expressed by Moree Plains Shire Council at the time of construction with designs that were deemed “disturbing”.

Mr Coulton said that this was only one more example of ineptitude and mismanagement that was seen throughout the country through the Rudd/Gillard/Rudd Governments.