The electorate of Parkes covers an area of 393 413 square kilometres – which is 49% of New South Wales. Interestingly, the town of Parkes is not included in the Parkes Electorate.

The electorate spans from the Queensland border in the North, to Lake Cargelligo, Tomingley and Ivanhoe in the South; from the South Australian border in the west to Gunnedah, Warialda and Coolah in the East.

The Parkes Electorate covers 18 Local Government Areas and has an economy based on agriculture and mining. The electorate also has one of the largest Aboriginal populations in the Australian Parliament. 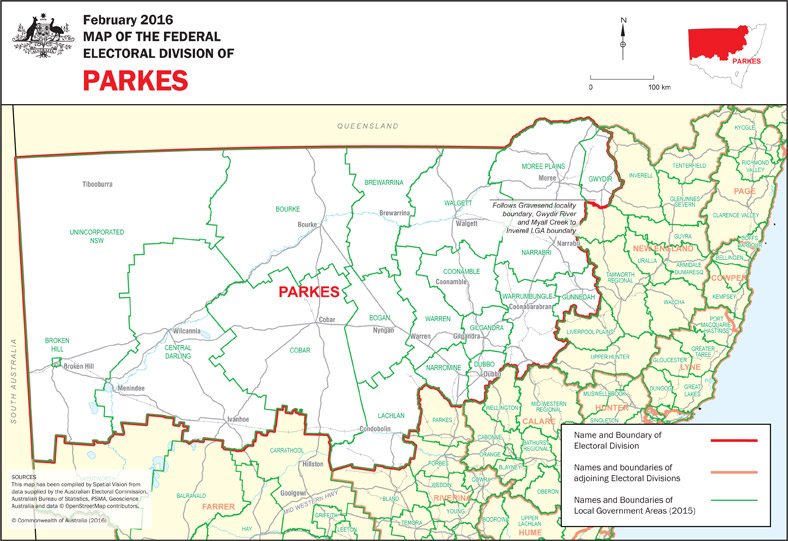 The seat of Parkes is named after the Father of Federation, Sir Henry Parkes (1816-1896), and was first proclaimed in 1984. The name causes a great deal of confusion, because there is a town also named Parkes.

Henry Parkes was a politician and was premier of New South Wales five times. The English born Henry Parkes arrived in Australia in 1839, and started a newspaper.

He expressed an interest in politics, and a desire to change the way New South Wales was governed.

In 1854 he was elected to the New South Wales Parliament, helping to introduce laws which improved hospitals, prisons and life for small farmers. Henry Parkes began the first of his five terms as premier in 1872.

Henry Parkes began talking about federating, or bringing the states together, in the 1860s. In 1891, he was president of a convention to plan a constitution for a federated Australia.

Although the plan wasn’t chosen, it was used later as a model for the final version. That’s why Henry Parkes has been called ‘The father of Australian Federation’.

Since its inception in 1984 the seat of Parkes has been held by the Nationals.