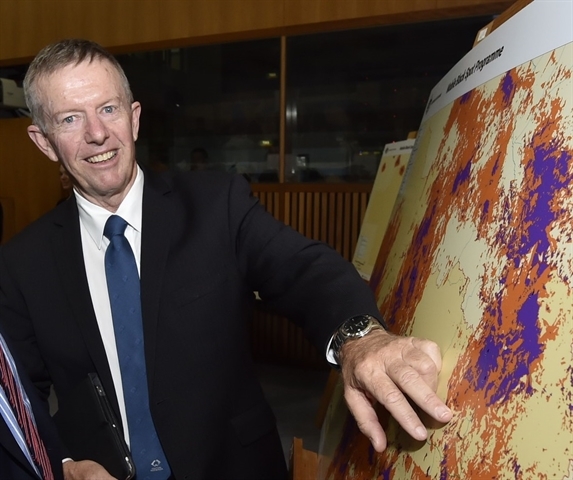 A new mobile base station at Manna Mountain is due to be switched on in the coming months as part of the Commonwealth Government’s $385 million Mobile Black Spot Programme.

Federal Member for Parkes, Mark Coulton has welcomed this announcement as a boost to mobile services in areas south-east of Condobolin.
“This new mobile base station will bring a much-needed boost to mobile coverage, providing benefits to emergency service operators, agricultural businesses, and residents in parts of the Lachlan Shire,” Mr Coulton said.
“The Coalition Government understands the importance of mobile coverage in regional and remote areas of Australia, which is why we allocated $100 million for Round 1 of the programme and a further $60 million for Round 2.”
Round 1 of the Mobile Black Spot Programme will deliver almost 500 new mobile base stations in regional and remote areas.  These new base stations will provide new or upgraded mobile coverage to some 3,000 mobile black spots across Australia nominated by the public.
The locations of the new or upgraded base stations were selected following an extensive public consultation process which allowed residents across Australia to nominate mobile black spot locations.
Over 6,000 locations were nominated under Round 1 of the programme, and nominations for Round 2 of the programme closed on January 15. Round 2 will see the Commonwealth Government invest an additional $60 million in improving mobile coverage, on top of the Commonwealth Government’s $100 million investment in Round 1.
The Commonwealth funding commitment of $100 million under Round 1 was supplemented by funding commitments from the governments of NSW ($24 million), Victoria ($21 million), Queensland ($10 million), Western Australia ($32 million) and Tasmania ($0.35 million), as well as around $1.7 million from local governments, businesses and community organisations.
The new and upgraded base stations to be built under Round 1 of the Programme will provide new handheld coverage to 68,600 square kilometres and new external antenna coverage to over 150,000 square kilometres, and over 5,700 kilometres of major transport routes will receive new handheld or external antenna coverage.
A map of mobile black spot locations and the locations which will receive new or upgraded coverage under the Programme is available from http://nationalmap.gov.au/
Category: Media Releases16 February, 2016