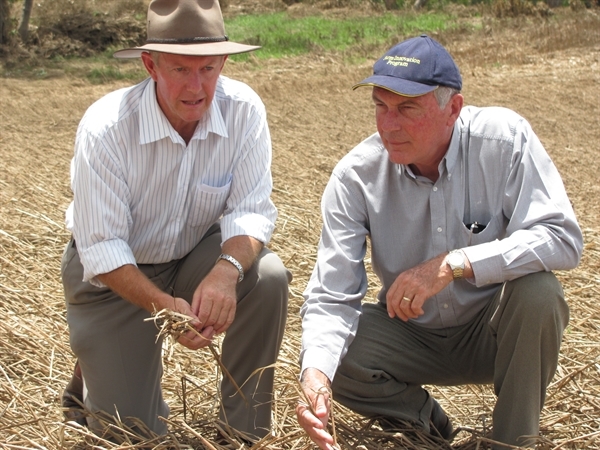 After 26 years in Federal Parliament and more than 8 years as Leader of The Nationals, Warren Truss has officially announced that he will retire at the next Federal election and has consequently stepped down from his leadership position.

Warren is one of the most decent men I know.  His calm and dignified nature is second to none.  He has made an incredible contribution to his electorate of Wide Bay in Queensland throughout his parliamentary career.  Most recently as Deputy Prime Minister, he has been a stabilising force for the Coalition Government and the Australian people.
With a great passion for rural and regional Australia, Warren visited the electorate of Parkes on many occasions and always received what some would describe as a rock stars welcome.  Even with a very busy schedule, he was still willing to take the time to chat to anyone and hear their concerns.
As we have seen in recent times, not everyone in politics gets to choose their time of departure.  To retire from Parliament after 26 years without a hint of scandal or a blemish against your name is an enormous feat and I believe this is something that will be recognised in years to come when reflections on this era are made.
Warren will always remain a very dear friend to me and I sincerely thank him for his contributions to the Australian people and The Nationals.  My wife Robyn and I take this opportunity to wish Warren and his wife Lyn all the very best for their future.
.…………………………………………………
I welcome the announcement that the application deadline for Round 2 of the Commonwealth Government’s Safer Streets Programme has been extended by two weeks to 2pm (AEST) on Wednesday, 2 March 2016.
The closing date has been extended to ensure all local government organisations and eligible incorporated not-for-profit organisations have the opportunity to support their local community by implementing new safety and crime prevention initiatives.
Under Round 2 of the programme, the Commonwealth Government will invest up to $29.4 million in individual grants to help reduce fear of crime and contribute to greater community safety and resilience in towns across Australia.
This investment will build on the more than $19 million in funding the Government has already awarded under Round 1 for projects across 150 locations to deliver security enhancements such as better lighting and CCTV in retail, entertainment and commercial precincts.
I strongly encourage all potential applicants to submit their project applications as soon as possible to ensure they have the best chance of receiving funding from this vital community safety initiative.
Further information on the Safer Streets Programme is available at www.ag.gov.au or to apply please visit https://www.ag.gov.au/CrimeAndCorruption/CrimePrevention/Pages/ProceedsofCrimeAct.aspx
Category: Coulton's Catchup15 February, 2016