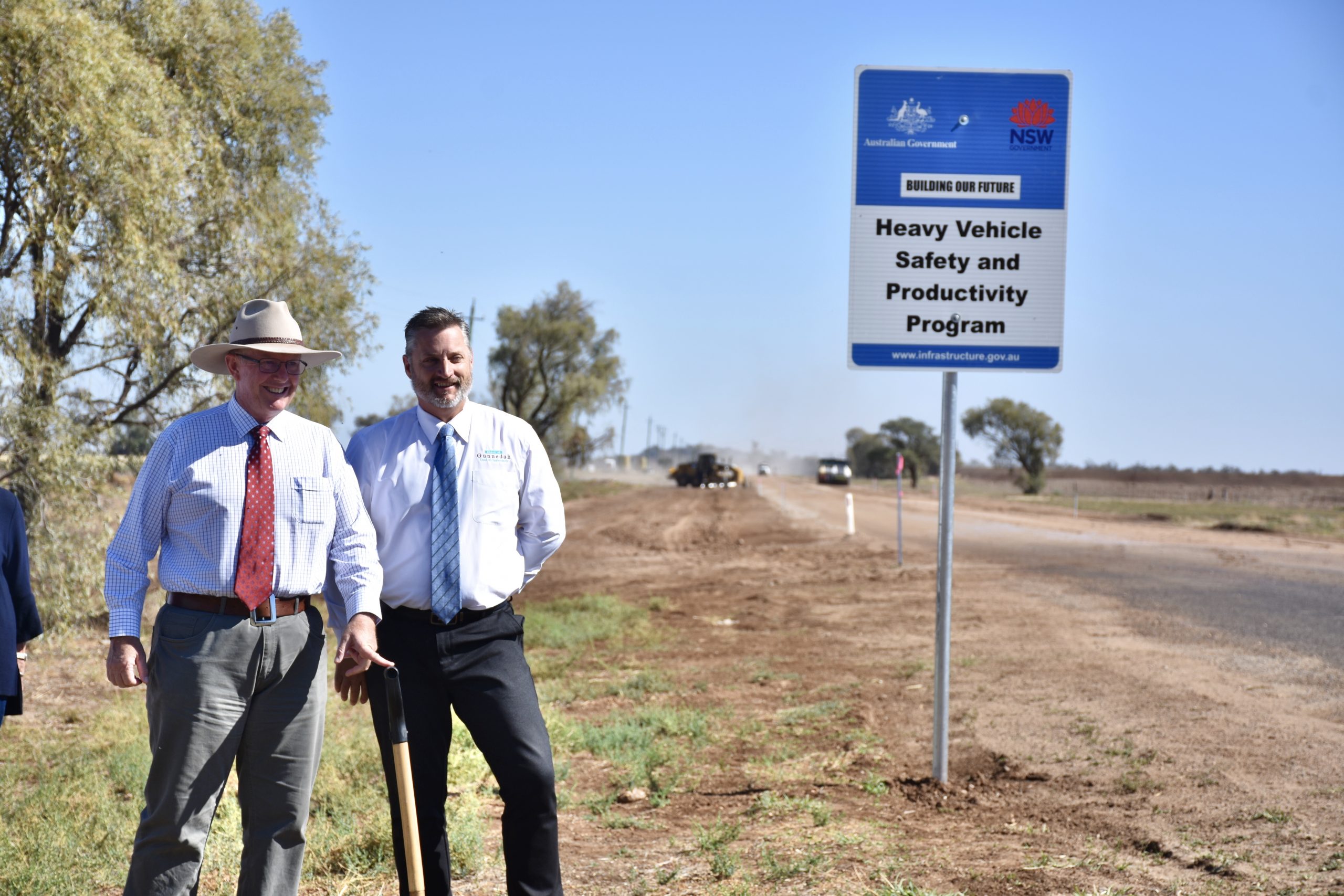 It was wonderful to spend time in my electorate last week including in the Moree, Dubbo, Coonabarabran, Gunnedah and Warialda areas.

A highlight was the sod-turn for the Grain Valley Way upgrade, which took place near Mullaley on Friday. The project has been funded by both the Australian and NSW Governments, which contributed $3.85 million each, and Gunnedah Shire Council, which contributed $500,000, and will seal around 17 kilometres of the road. This is a vital link between the Gunnedah and Narrabri Shires. I’ve been working hard alongside the local council to get this project up and running, so Friday was a very special milestone for all involved.

During the week, applications opened for the Building Better Regions Fund (Round 4) which will be wholly and solely dedicated to helping communities hardest hit by the drought. This round will unlock the economic potential of rural, remote and regional Australia and I encourage all eligible organisations with a project ready to commence, to apply. More information is available on my website: www.markcoulton.com.au/media

It was an absolute privilege, on one of the most poignant days of the year, to present a HMAS Warramunga cap to World War 2 veteran, my Uncle Gordon Stanger at the Moree RSL Remembrance Day ceremony on 11 November.

From humble beginnings and many years of hard work, Gordon and his family have become highly respected, successful members of the Moree agricultural and wider community.

Ninety-five year old Gordon is a true gentleman, possessing a wicked sense of humour, and he is thoroughly deserving of the honour bestowed upon him.

My thoughts are with those across the state, and further afield, who are suffering from the devastating bushfires. Reports from those on the ground speak volumes about just how damaging these fires have been to people, property and entire livelihoods. Our Government continues to get behind these communities to support them in any way that we can.

You can stay updated on the fires by listening to your local ABC radio, visiting the NSW Rural Fire Service (RFS) website or mobile app, or by calling the Bush Fire Information Line (1800 679 737).

It is now available for four in every 10 years, rather than once in a lifetime. These changes allow the responsible Minister to make lump sum payments available if and when needed in the future.

It also means that those whose time on the payment expires this financial year can receive up to $13,000 a couple or $7500 a single person before the end of the financial year. For those who have already exited, the payments should be in eligible farmers’ pockets by Christmas.

The changes also mean that the off-farm income offset can be applied in more circumstances – for example, to include income from agistment.

We’ve increased the upper limit so that farming families who have more debt than income can count that income, up to $100,000, against their on-farm business losses.

The FHA provides breathing space for farmers so they can reassess and plan for the future. It is predicted that over 30,000 farmers could be eligible for the allowance after further changes are legislated.