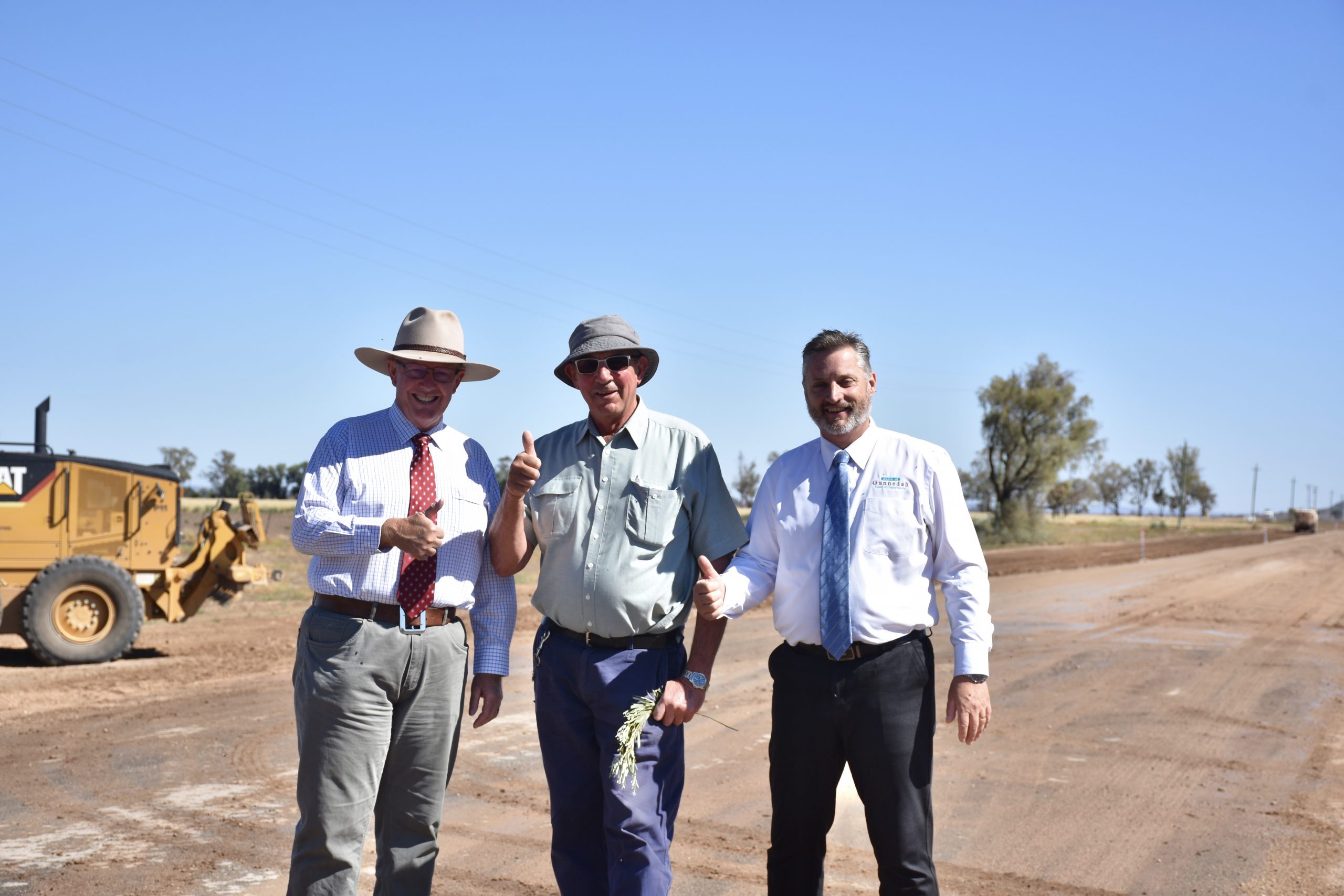 Work is now underway on a major upgrade of Grain Valley Road in the Gunnedah Shire, with Federal Member for Parkes and Minister for Regional Services, Decentralisation and Local Government Mark Coulton and Gunnedah Mayor Jamie Chaffey on hand to turn the first sod today.

Mr Coulton said the project would seal around 17 kilometres of Grain Valley Road, which is a vital link between the Gunnedah and Narrabri Shires.

“The new, sealed Grain Valley Road will greatly improve safety for travellers and will cut down on wear and tear on vehicles,” Mr Coulton said.

“It will also secure a more reliable freight and traffic link between the townships of Mullaley and Boggabri.

“I have been working hard alongside the Gunnedah Shire Council to get this project up and running, so today is a very special milestone for all involved.”

Deputy Prime Minister and Minister for Infrastructure, Transport and Regional Development Michael McCormack said the Government was working with its state and local partners to bring the final 17 km section of the road up to scratch.

“This upgrade is important to get both industry and the local community who use this road daily home sooner, safer and more efficiently,” Mr McCormack said.

“This is a key freight route that has previously been limited by unsealed and dusty conditions.”

Cr Chaffey said the Grain Valley Road project was a great outcome for Gunnedah Shire and would help the regional economy to grow stronger in the future.

“I am very proud of the determination Gunnedah Shire Council demonstrated in helping to secure a commitment from all three levels of government to finally upgrade this road,” Cr Chaffey said.

“This road has been in need of an upgrade for some time and the local community has been lobbying for work to go ahead.”

Work is expected to be completed by late 2021, weather permitting.