You are here:
COVID-19 (coronavirus) 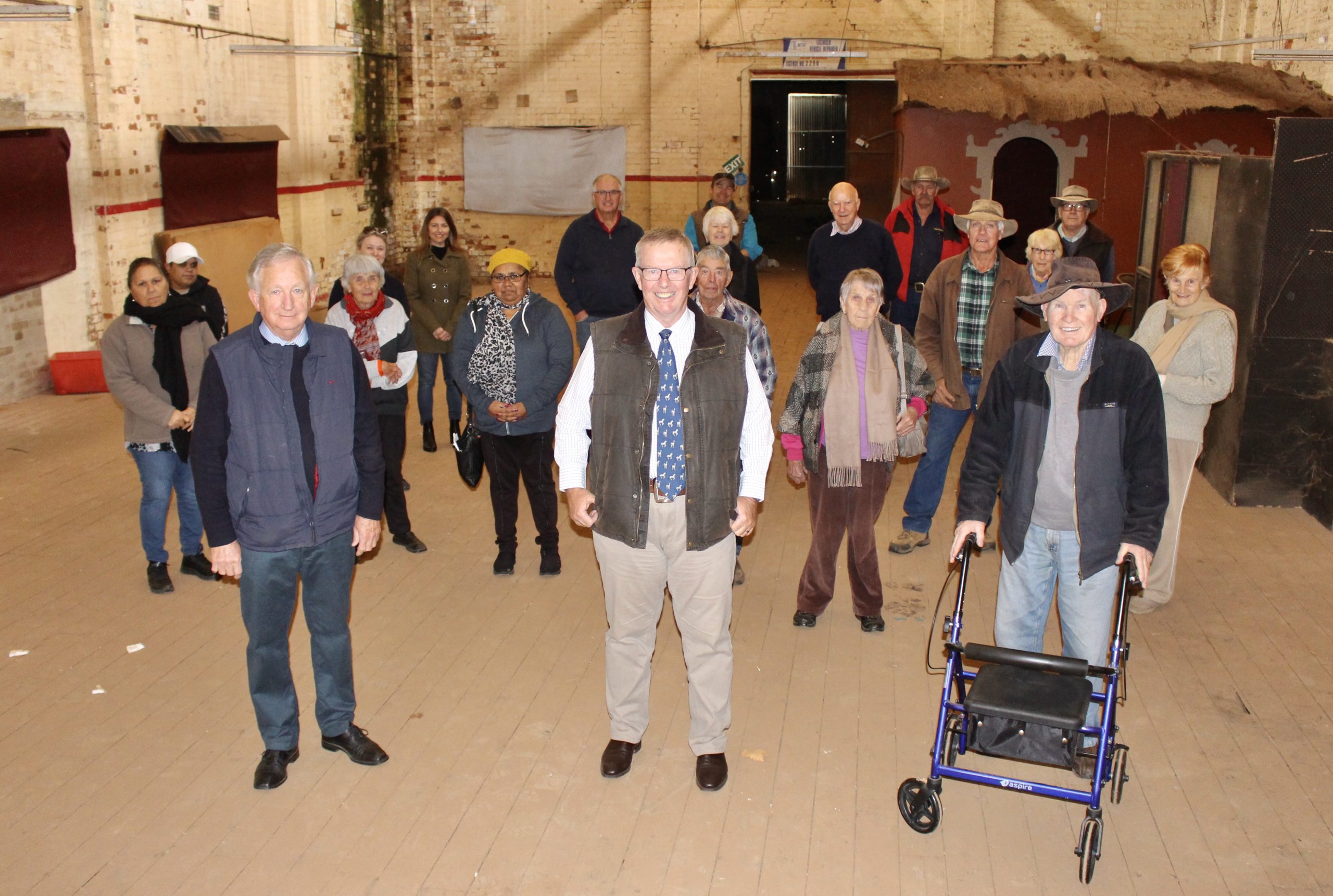 Photo Caption: Member for Parkes Mark Coulton with Warren Museum and Gallery Association Chairman Dr John Burke (left) and members. A $3.5 million grant under the Coalition Government’s Building Better Regions Fund will enable this historic building to be fitted out as a museum, art gallery and artist-in-residence space.

It was terrific to be on the road in the Parkes electorate last week, following a Parliamentary sitting fortnight in Canberra.

During my time in Coonamble, I was joined by Coonamble Shire Council Mayor Al Karanouh and members of the Coonamble Aero Club to discuss the upgrades that will take place at the aerodrome, which include resealing the runway, reinstating line-marking and completing an animal exclusion fence. These works will be funded with a $218,988 grant under the Remote Airstrip Upgrade Program, which is enhancing the safety and accessibility of aerodromes across my electorate.

Works are on the cards at the Coonamble Showgrounds too, with a half-million-dollar grant the local show society secured under the Regional Agricultural Show Development Grants program. Show President Henry Moxham took the time to run through some of the planned upgrades with me while I was in Coonamble. I’m certain these upgrades will leave a lasting impression on locals and visitors alike.

I also checked in with St Brigid’s Primary School which will be upgrading learning areas with $1.4 million in Federal Government funding. The future is certainly bright for students at St Brigid’s and I know these infrastructure improvements will benefit the entire school community.

A whopping $3.5 million grant will enable a historic building on Warren’s main street to be fitted out as a museum, art gallery and artist-in-residence space.

There was a fantastic turnout of passionate members from the Warren Museum and Gallery Association who showed me around while I was in Warren last week. It just goes to show how much community support there is behind this project. Well done to Chairman Dr John Burke and members – the new and improved building will be a real asset to the local community, made possible through the Building Better Regions Fund.

During my visit to Warren, I caught up with the local show society, including President Ashley Bell and Secretary Sophie O’Brien and others. It was great to hear about their plans to replace the main pavilion at the showground with $165,565 of funding under the Regional Agricultural Show Development Grants program.

I was also able to share with them some exciting news for ag show societies – the Australian Government is reimbursing ag shows for fixed costs incurred in 2020 to help with the recovery from the effects of COVID-19. I urge show societies to check their eligibility and apply when the grants open. Further details are available via my website www.markcoulton.com.au

It was terrific to see works well underway at the Western Cancer Centre in Dubbo last week, with the first concrete being recently poured at the facility. The concrete pour focused on the ‘bunker’ for radiation therapy services, which is a first for the Dubbo region. The bunker walls will be up to 2.3 metres thick and will be home to the linear accelerator machine that is used to administer radiation treatment to patients.

Back in 2016 I tabled a petition in the Federal Parliament with more than 47,000 signatures, showing that the people of my electorate were well and truly behind this proposal.

The Nationals in Government are investing in the Western Cancer Centre to give residents of Western NSW access to crucial care and support, allowing patients to stay closer to family and loved ones during treatment. This will be an outstanding facility that our entire region can be truly proud of.