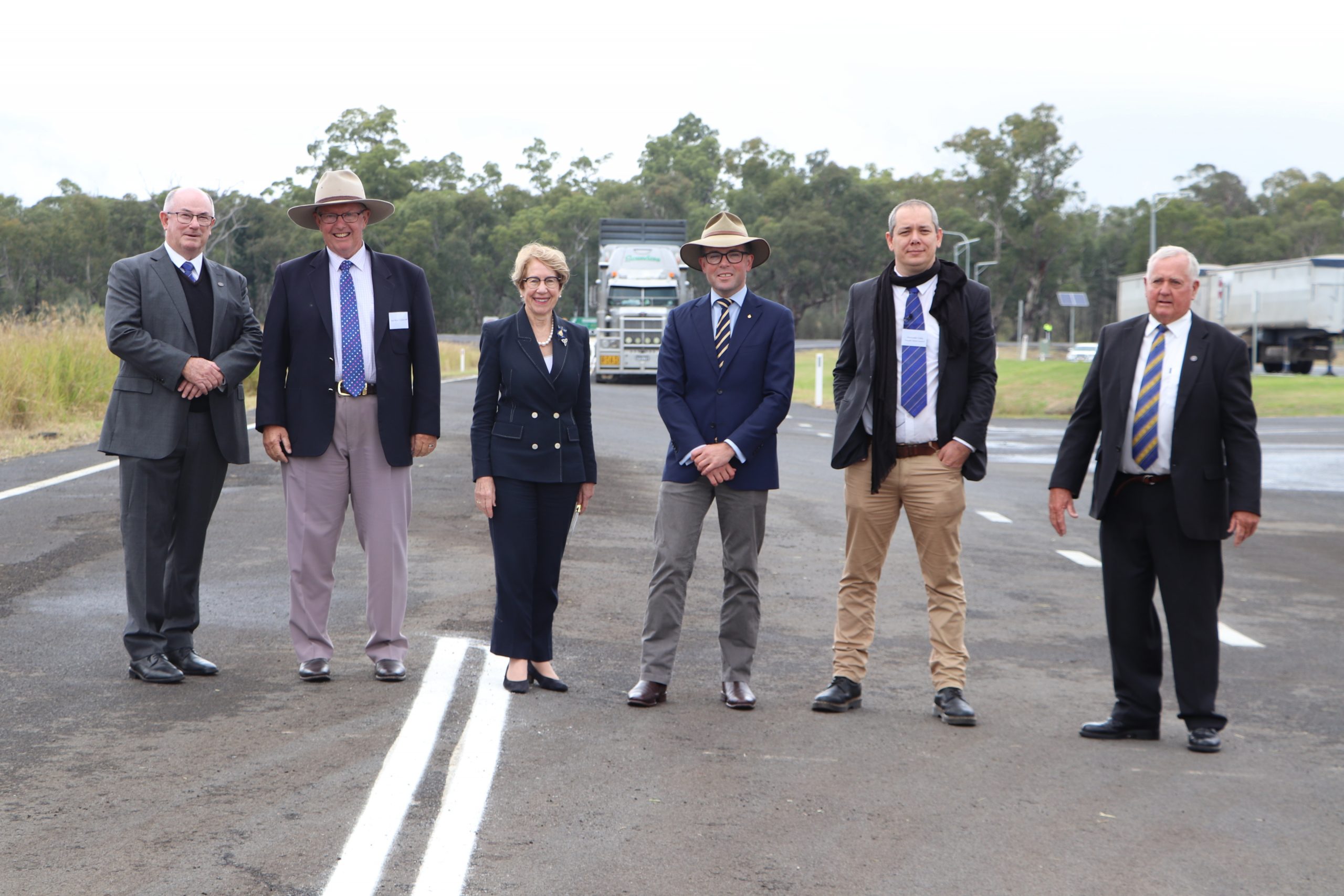 A new 4.1-kilometre road is driving increased safety and productivity in Warialda, with the $8.1 million heavy vehicle bypass officially opened.

Federal Member for Parkes Mark Coulton said this is an exciting day for Warialda.

“After years in the making, it’s wonderful to see this bypass operational and facilitating safer, more productive journeys for our truck drivers and other road users,” Mr Coulton said.

“Warialda is a key part of the regional freight network, and this route provides access to the livestock exchange at Inverell, as well as abattoirs and other markets.

“These upgrades will mean local producers can use larger vehicles like road trains and B-triples, cutting transport costs and increasing overall productivity, while improving safety outcomes.

“This is a great example of all three levels of government working together for the benefit of the community. I commend Gwydir Shire Council on its vision and delivery of this important project.”

Mr Marshall said after five years of construction it was incredible to see trucks finally travelling the road.

“This is an important day for Warialda, as a dangerous heavy-vehicle pinch point in the heart of town is rubbed off the map,” Mr Marshall said.

“By bypassing the intersection of Stephen Street and Gwydir Highway, a safer more direct route has been created for high productivity freight vehicles travelling north, east and west.

“The freight pinch-point which existed was a nightmare for B-doubles to negotiate without crossing the centreline and oncoming traffic, while road trains couldn’t get around it at all.

“Now a 4.1 kilometre bypass will take heavy vehicles from the north of Warialda along a new route to the east of the township, over a new bridge on Warialda Creek and onto the Gwydir Highway – smoother, simpler and most importantly more efficient.”

Gwydir Shire Council Mayor John Coulton said the benefits of the bypass for regional producers are significant but will also benefit the wider community.

“These works will ease congestion on our local road network and ensure that Warialda’s roads are safer for all motorists, particularly in the main retail district of Warialda at the Stephen Street and Hope Street intersection,” Cr Coulton said.

Construction of the bypass has been made possible thanks to $3,498,350 in funding from the Australian Government through the Bridges Renewal Program and $3,043,200 million from the NSW Government under the Restart NSW Fixing Country Roads program, as well as $5,000 from the Livestock Bulk and Rural Carriers Association, with Gwydir Shire Council contributing the remainder.