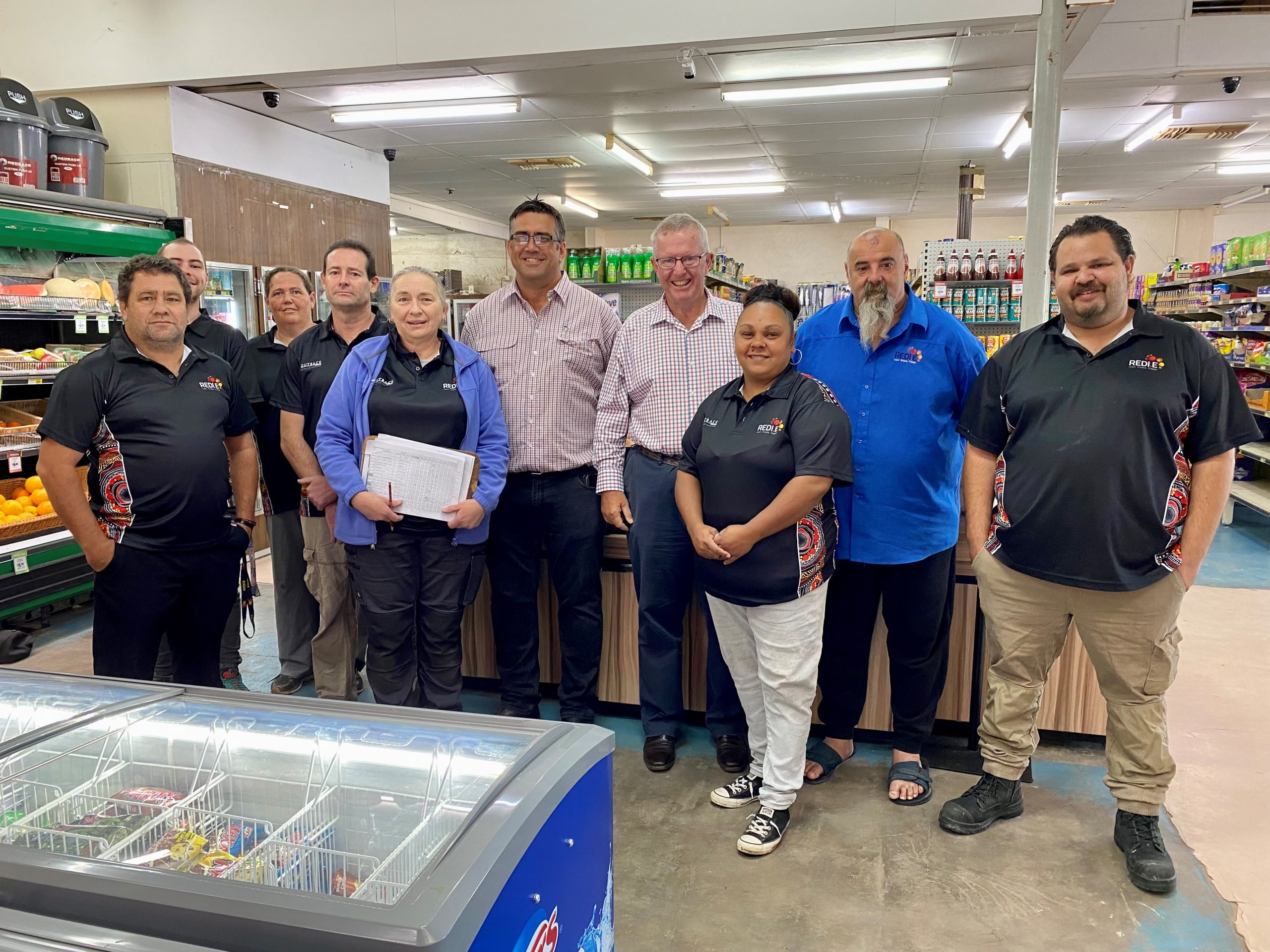 Big week on the road

I enjoyed a big week on the road last week, which kicked off with the Western Division Councils of NSW conference in Cobar, discussing how all levels of government can work together to address some of our region’s biggest challenges.

I then headed to Wilcannia, where I caught up with the staff at the Wilcannia grocery store to find out more about their plans for a major upgrade, funded by a $500,000 Federal Government grant. While in Wilcannia, I announced $266,938 in funding for the Wilcannia Local Aboriginal Land Council to construct 28 kilometres of exclusion fencing to stop feral pests. This has been funded under the Indigenous Land Enterprise Infrastructure Fund, which also provided $298,551.94 to Full Diesel to replace boundary fences and desilt dams in the Bourke area.

I also announced $100,000 for Central Darling Shire Council’s Darling River Flood Mapping project which will help council accurately plan for and deliver future infrastructure developments whilst taking the necessary steps to minimise the impact of floods. Speaking of floods, the Central Darling Shire is now eligible for disaster assistance following flooding that occurred as a result of heavy rainfall in January.

From Wilcannia, I went on to Nyngan, Warren and Warialda for some major announcements and openings before ending the week at a Parkes electorate candidates’ forum in North Star.

Jointly funded by the Commonwealth and NSW governments, this new infrastructure will replace the current pump stations which are well past their design life and causing major disruptions to Cobar’s water supply.

The new pump stations will improve water reliability in Cobar, while work is undertaken on the business case for the proposed Nyngan to Cobar pipeline upgrade. This will ultimately provide long-term water security and drought resilience for the region

I was thrilled to announce more than $5.3 million in funding for the rehabilitation of the Warren Town Levee last week.

I’ve been working with Warren Shire Council on this for a number of years, so I’m pleased we’ve been able to secure the funding for this critical project.

Securing funding for much-needed projects is a great part of this job, but it’s even more exciting to see these projects completed, so it was fantastic to attend the openings of the Bogan Shire Medical Centre extension and the $8.1 million Warialda heavy vehicle bypass last week.

The Warialda heavy vehicle bypass has been five years in the making, and will not only improve safety by taking larger mass vehicles out of Warialda, but will help to increase the efficiency and productivity of our freight and agricultural industries.

Meanwhile, the $466,958 extension of the Bogan Shire Medical Centre has enhanced facilities for both staff and patients, providing the Nyngan community with greater access to doctors and medical services.

Both of these major projects are a credit to the Gwydir and Bogan shire councils.

The Coalition Government is committed to improving the health of regional, rural and remote Australians, which is why we will invest more than $1 billion to boost rural health, if re-elected. This includes an additional $146 million in new funding to inject more doctors and allied health professionals into regional and rural communities and improve treatment and care for patients.