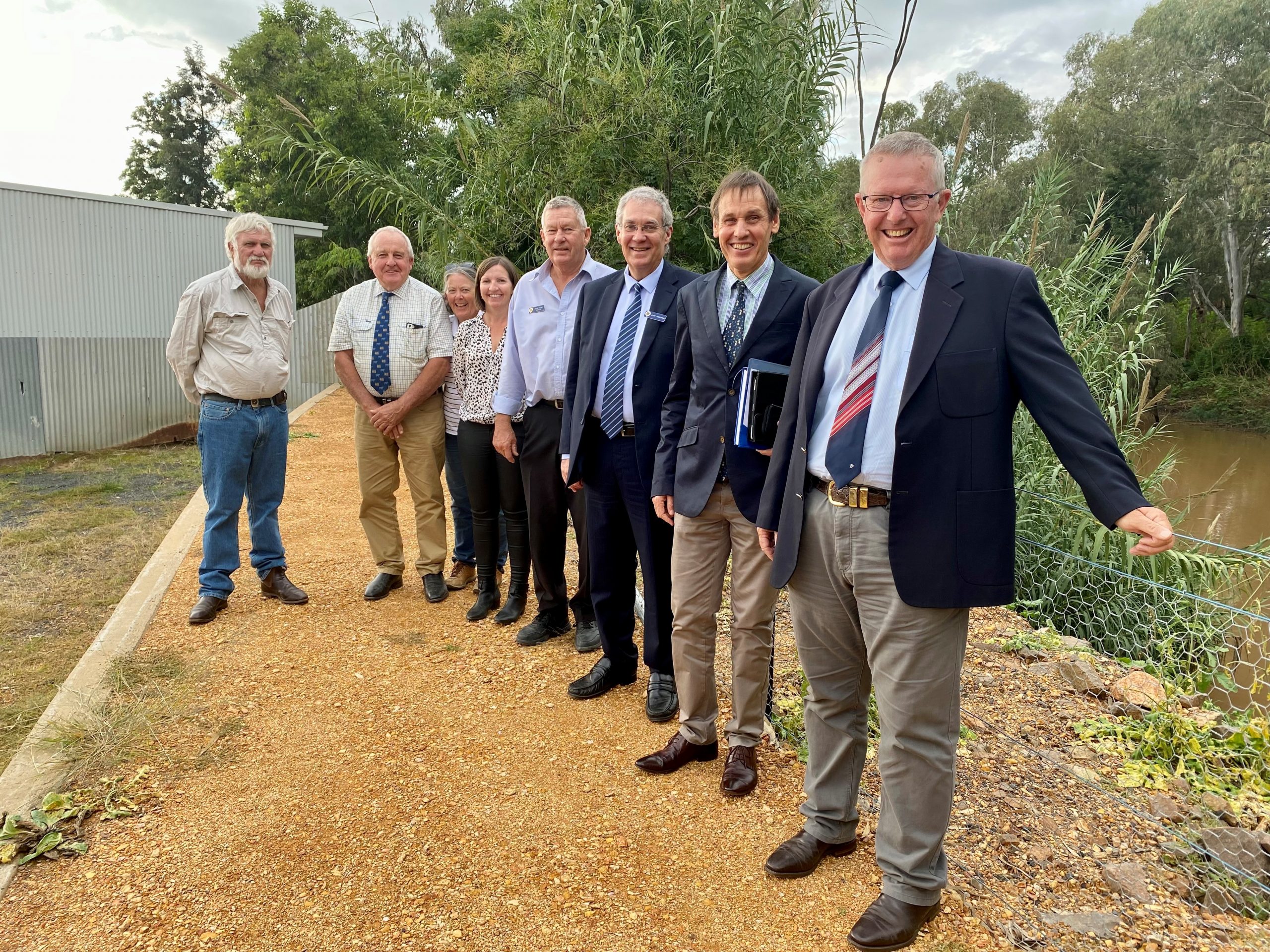 The Australian Government is investing $5,325,000 for the rehabilitation of the Warren Town Levee to help the community to better withstand future flood events.

Federal Member for Parkes Mark Coulton today announced the funding, provided under Round 2 of the National Flood Mitigation Infrastructure Program, which he said is preparing and protecting Australian communities from future devastating flood events.

“The recent floods along Australia’s eastern seaboard have once again demonstrated the devastation that can be wrought by major floods in this country,” Mr Coulton said.

“We are continuing to make significant investments to protect local communities, individuals and businesses from disasters in an increasingly complex natural hazard environment.

“I’m thrilled that Warren Shire Council has received this funding for the remediation of part of the existing levee bank.

“The condition of the town levee has significantly deteriorated over recent years, so much so that Council had to take emergency mitigation measures to minimise the impact of flooding late last year.

“The rehabilitation of the levee has been a priority of Council’s for a number of years, so I’m pleased to have been able to secure this funding to provide reassurance to the community during future floods.

“The Australian Government has now committed a total of $100 million to flood mitigation infrastructure – that is 37 unique projects – to build our resilience to future floods.”

“The funds provided by the Commonwealth will ensure that the integrity of the levee is reinstated to its original design level and that our community is now again protected in the event of serious flooding,” Cr Quigley said.

“Mr Coulton has worked assiduously on behalf of Warren Shire Council over a number of years to secure funding for the levee rehabilitation project that will now give our community renewed confidence in the event of a potential flood.”

A Technical Advisory Panel comprised of experts from CSIRO, the Bureau of Meteorology and the Australian Climate Service conducted a technical review of applications against the criteria of the relative flood risk and flood mitigation impact of the project, and the impact of the project on reducing exposure to flood risks that influence insurability of existing flood mitigation infrastructure.

Following this review, the Program Review Panel comprised of representatives from the Department of Agriculture, Water and Environment, Department of Infrastructure, Transport, Regional Development and Communications, the Bureau of Meteorology, and the National Recovery and Resilience Agency (Chair) assessed, rated and ranked programs against the Program Guidelines and Assessment Criteria

Eligible projects were then endorsed by the Coordinator-General of the National Recovery and Resilience Agency.

“We are continuing to invest wisely in the long-term resilience of our country to mitigate against future disasters,” Mr Coulton said.

“This funding is made possible through the Government’s $4 billion Emergency Response Fund, established in December 2019. Under the legislation, $50 million is available each year to assist communities to build resilience and prepare for natural disasters.”