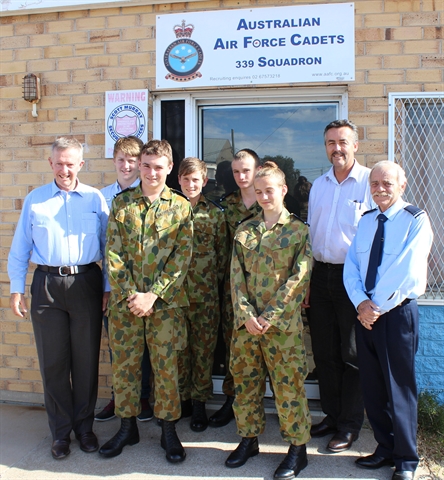 “The Australian Air Force Cadets would not be the outstanding youth organisation that it is today without the hard work and support of support staff, volunteers, cadet families and the local community.”

“With support from the local community and the Moree Shire Council, the Returned Service League, Men’s Shed, and the Moree Aero Club, Cadet Squadron 339 has become a terrific part of the Moree community,” Mr Coulton said.

“Today’s youth face a challenging world in which to grow and mature and these challenges can be amplified for young people living in regional areas.

“Youth development organisations such as the Australian Air Force Cadets allow young people in regional areas the same opportunities as those growing up in our major cities.”

This year, 339 Squadron has been involved in a number of air experiences, both powered and non-powered, camps, and visits to other Air Force cadet squadrons. The most recent activity undertaken by the squadron was an air experience flight at Inverell three weeks ago.