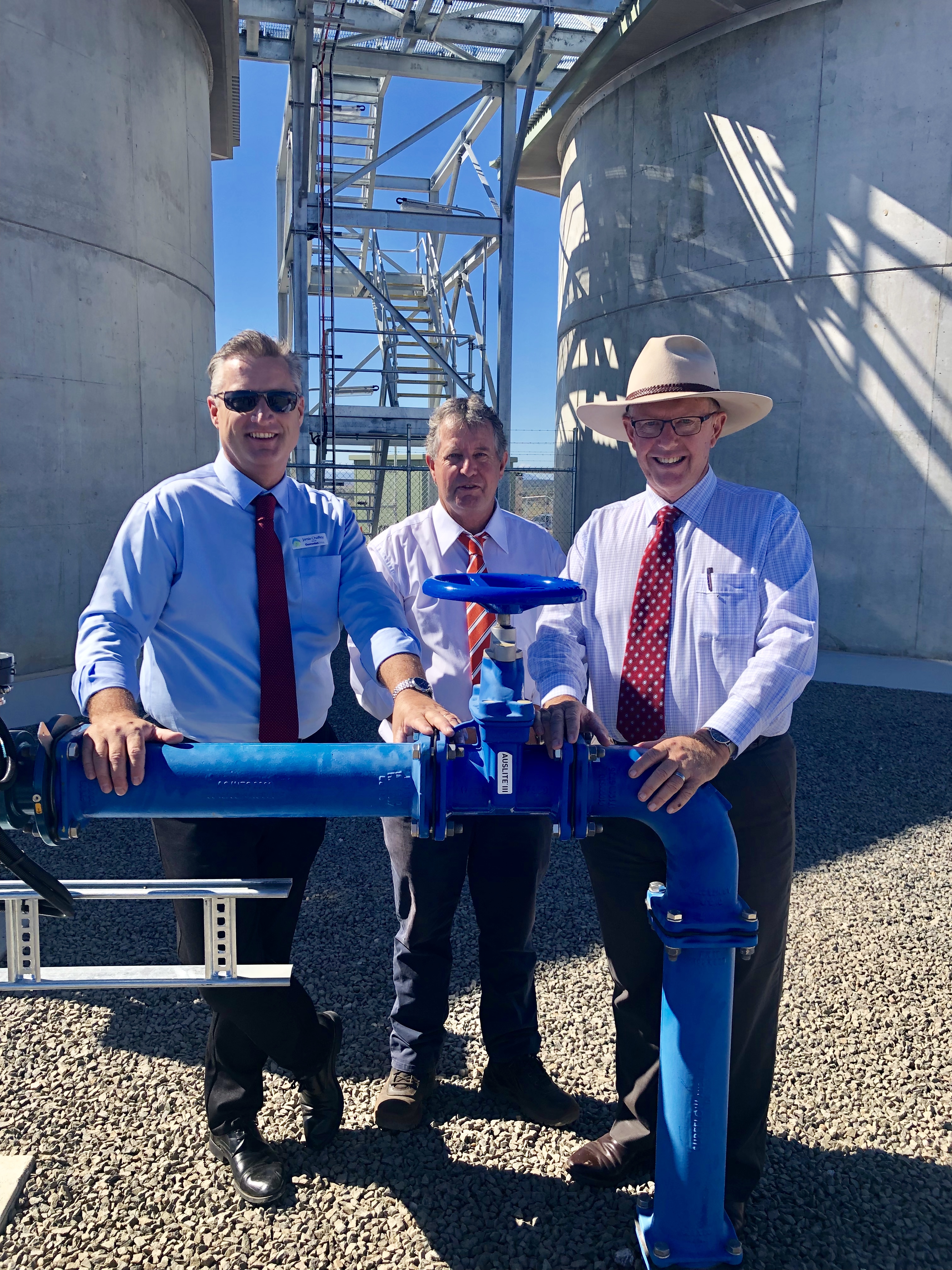 Clean drinking water and better business opportunities will soon be flowing into the Gunnedah Shire town of Curlewis, following completion of a new drinking water pipeline.

Federal Member for Parkes Mark Coulton, who attended today’s opening, said the construction of a 16-kilometre pipeline and reservoir system will provide quality drinking water from Gunnedah to Curlewis.

“The pipe will not only link Curlewis to Gunnedah’s supply but also feed in water from two new 500,000-litre concrete reservoirs, increasing both the quantity and quality of drinking water for residents and businesses,” Mr Coulton said.

Deputy Prime Minister and Minister for Infrastructure, Transport and Regional Development Michael McCormack said the Federal Liberal and Nationals Government’s $2.6 million contribution is an investment not only in a reliable water supply but also in the economic future of the Liverpool Plains town.

“In addition to the 25 construction jobs supported and the creation of 22 ongoing jobs, the new water supply will support growth in Gunnedah Shire’s tourism industry and its population,” Mr McCormack said.

“This major infrastructure upgrade for Curlewis will go a long way to improving the liveability of the town, including economic growth and beautification of the area. We want to ensure Curlewis remains a stable part of Gunnedah Shire’s future.”

“The construction phase of the Curlewis Pipeline Project is now complete. There is still testing and commissioning to take place before water will be turned on to residences and businesses in the township of Curlewis – this is expected to take place in May,” Cr Chaffey said.

The Federal Liberal and Nationals Government invested $2.6 million in the project under the Building Better Regions Fund. This is a $641 million investment designed to create jobs, drive economic growth and build stronger regional communities into the future. Gunnedah Shire Council also contributed $2.6 million to the project.