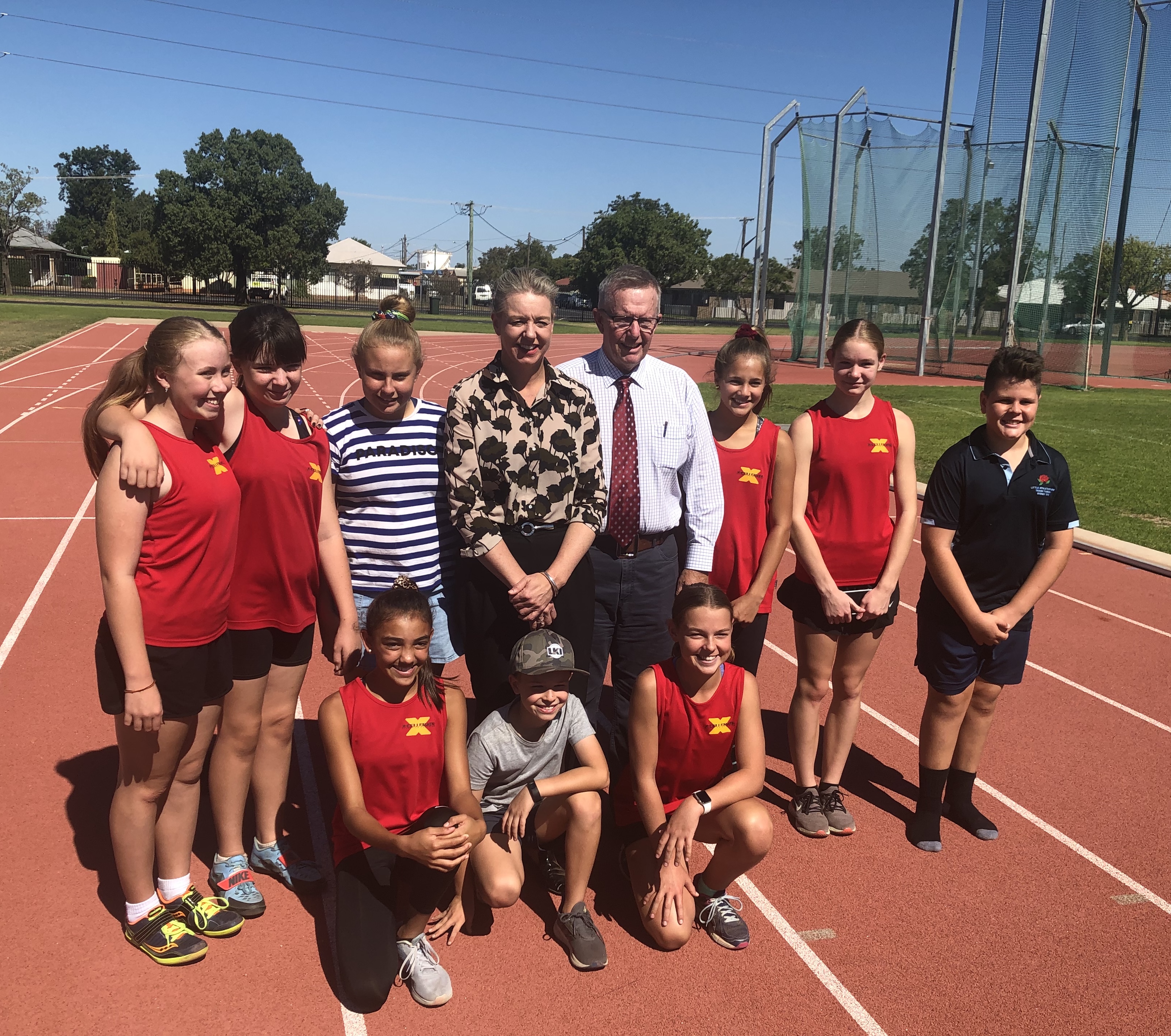 A week on the road

It was wonderful last week to catch up with important community groups in my electorate, which have received funding under the Federal Government’s Volunteer Grants program. Baradine CWA, Baradine Progress Association, Coonabarabran Men’s Shed, Coonabarabran Show Society and Warren Meals on Wheels are just some of the 41 organisations across my electorate that received a small grant to invest in their volunteers.

I was pleased to welcome Minister for Regional Services, Sport and Local Government & Decentralisation, Senator the Hon. Bridget McKenzie to my electorate. Alongside the Minister I announced that Paramount Tennis Club has received $60,642 for a lightning upgrade, meaning more locals can join the club’s popular night time competition.

Another grant of nearly $80,000 for X-Cellerate Athletics Coaching, based in Dubbo, will allow this business to invest in more essential athletics equipment, helping to make a difference to the lives of more young athletes. The Minister and I also presented grants to a number of young sporting stars who require financial support to realise their sporting dreams, through the Local Sporting Champions grant program.

In Warren I met with the local council to discuss the difference a $3.5 million funding injection will make to economic development in the area. The grant, which I announced on 1 April, comes as part of the Murray-Darling Basin Economic Development Program for communities most impacted by water recovery under the Murray-Darling Basin Plan. Council has a number of fantastic urban enhancement projects planned for Warren, Nevertire and Collie, thanks to this Federal Government funding.

On Thursday I helped to officially open the Curlewis pipeline and reservoir system, which will provide quality drinking water from Gunnedah to Curlewis. This exciting project has been made possible with a $2.6 million Federal Government investment, alongside Council’s co-contribution.

It makes sense for farmers to receive financial incentives for looking after biodiversity, such as maintaining or enhancing remnant forest, regeneration of gullies or waterways, or mixed species native tree plantings.

Many farmers in my electorate are currently doing this for free and they deserve something for that. If you’ve fenced off bush on your property and you’re not running crops or stock on it then you’re doing something for our biodiversity.

The biodiversity accreditation stamp will give our local farmers in the Parkes electorate who are looking after biodiversity a way to receive an extra dollar when they sell either here or overseas.

I trust the Easter break has been enjoyable for readers and I look forward to catching up with you all soon.

Photo Caption: Member for Parkes Mark Coulton, along with Minister for Sport, Senator Bridget McKenzie, meeting with young athletes from X-Cellerate Athletics Coaching, based in Dubbo.