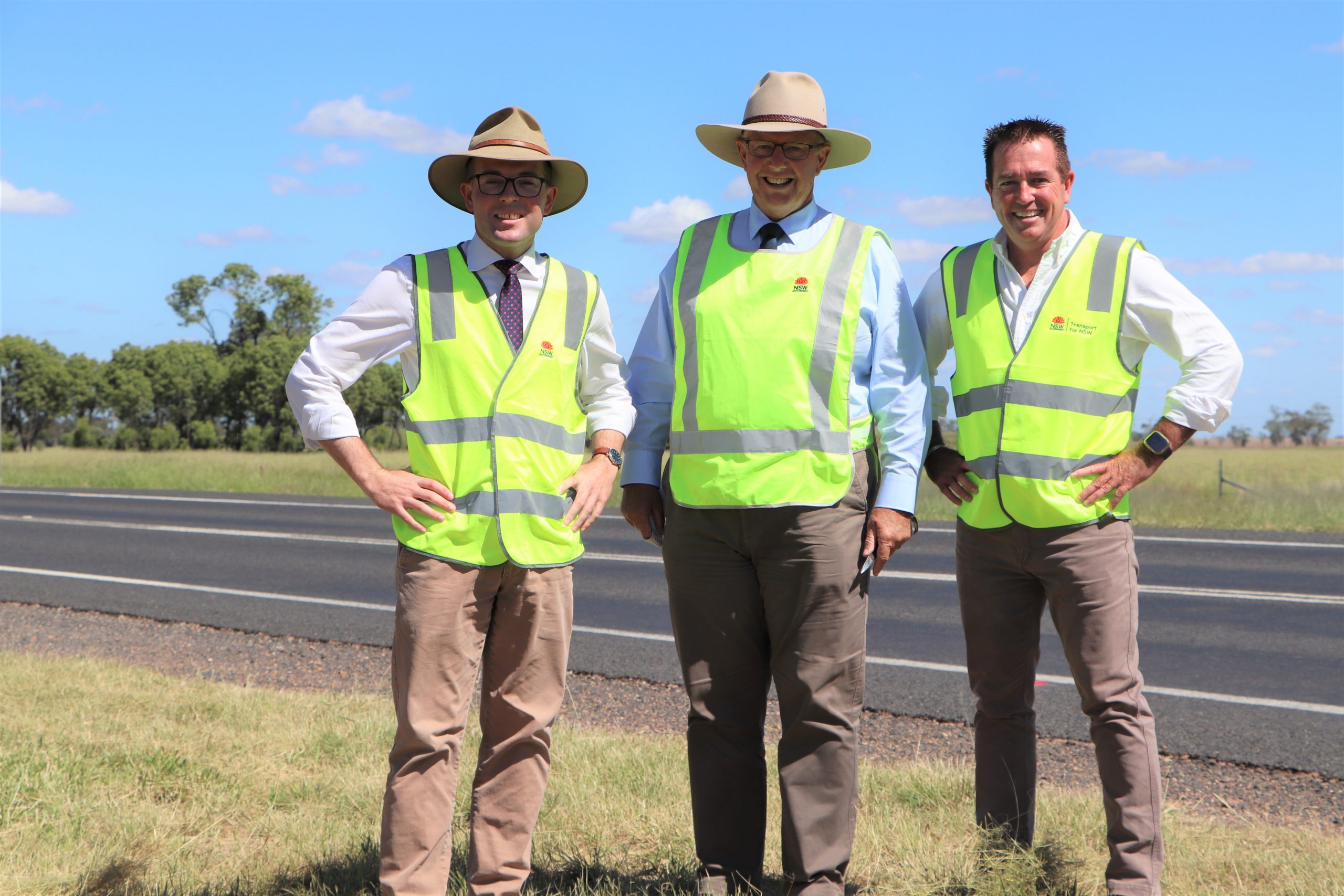 Safer journeys are on the way across the North West, with two major projects worth more than $3.3 million rolling out under the latest round of the Australian and NSW Governments’ accelerated Fixing Local Roads program to improve local roads and create thousands of local jobs in the regions.

Federal Member for Parkes and Minister for Regional Health, Regional Communications and Local Government Mark Coulton said the latest round of Fixing Local Roads funding would help local councils tackle the increasing amount of work required to provide safe roads for their communities.

“The $243.6 million first round of the program last year is delivering 38 projects across the Parkes electorate, and now we’re building on that with a further $150 million in round two,” Mr Coulton said.

“Under the second round, Gwydir Shire Council will receive $1.8 million for the resheeting of Oregon Road. This is a fantastic win for the local community and will result in smoother and safer journeys for residents and freight operators.

“Moree Plains Shire Council will also receive $1.5 million to seal Terry Hie Hie Road. This follows on from the $1.08 million that council received in the previous round to seal a 5.8 kilometre section of the dirt road.

“A reliable road network is so important for our communities in the bush, so it’s great that the Federal Government has turbocharged the NSW Government’s $500 million Fixing Local Roads program by committing $191 million last year.”

Deputy Prime Minister and Minister for Infrastructure, Transport and Regional Development Michael McCormack said Round 2 of the Fixing Local Roads Program would fund more than 100 new road upgrades across the State, creating more than 1000 jobs.

“Safe, reliable roads are essential for communities in regional New South Wales – by improving roads, we are making a big difference to people’s lives in ensuring they get home sooner and safer,” the Deputy Prime Minister said.

“The funding will improve the safety of roads in local communities, including repairing, patching, maintaining and sealing local roads.

“We know improved roads are crucial to regional communities – the more than 100 successful road projects announced today will play a big role in helping residents and businesses recover from the effects of bushfires, drought, floods and the COVID-19 pandemic.”

State Minister for Regional Transport and Roads Paul Toole said the $191 million Australian Government funding commitment in June last year was on top of the $500 million from the NSW Government, building upon the vision for a safer, stronger regional NSW.

“We’re injecting even more funding into the roads in the bush that communities depend on, which means a safer and smoother journey for everyone,” Mr Toole said.

“Better maintained roads mean safer trips to school, to work and to the shops – and the NSW Government is committed to helping councils to create and support jobs, drive productivity and keep our regional communities connected.

“Big infrastructure projects might create a lot of headlines but these are small projects that make a big difference in people’s everyday lives.”

All successful projects will be completed within two years to ensure local communities see the benefits as quickly as possible.

Applications for Round 2 of the program were open from 2 November until 11 December 2020.