Grants to salute their service in Narromine and Mendooran 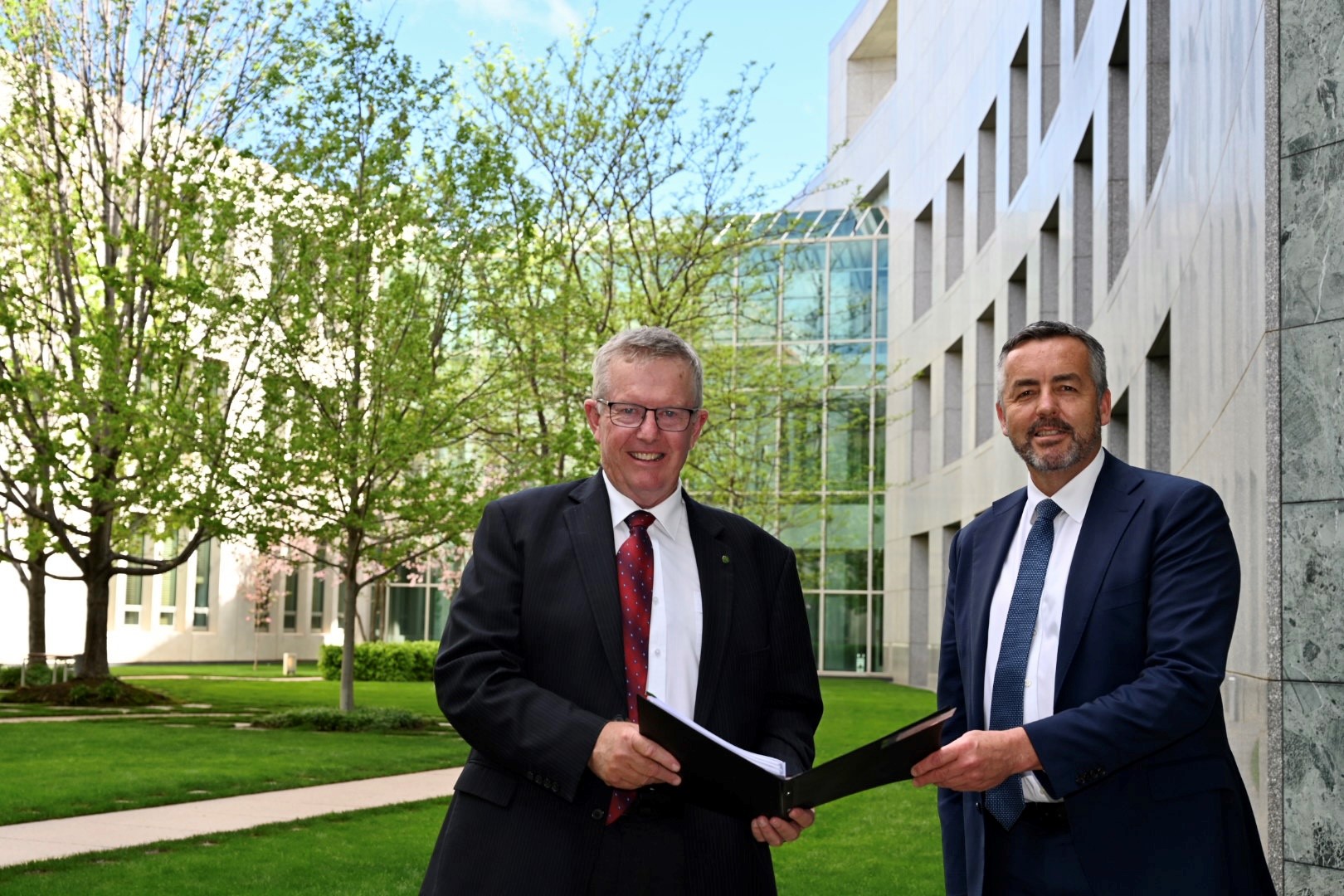 Photo caption: Federal Member for Parkes Mark Coulton and Minister for Veterans’ Affairs Darren Chester have announced two organisations in the Parkes electorate will receive funding under the latest round of the Federal Government’s Saluting Their Service grants program.

Local wartime heritage will be preserved in Narromine and Mendooran, with two organisations to receive funding under the latest round of the Australian Government’s Saluting Their Service (STS) grants program.

“The Parkes electorate has a proud military background and these grants will contribute to preserving that history for future generations,” Mr Coulton said.

“Constructive Farming Co-Operative Limited will receive $3,970 to restore an existing avenue of honour at Narromine that commemorates Royal Australian Air Force personnel trained in the area during the Second World War.

“Mendooran RSL Sub-Branch has been awarded $3,000 to repair and install new lighting at the Mendooran cenotaph, conduct maintenance on an existing Lone Pine Tree and plant a new Lone Pine Tree.

“I would like to congratulate both recipients for their successful grant submissions and encourage other organisations in the Parkes electorate to consider submitting an application in future rounds.”

Organisations across Australia shared in more than $1.2 million for projects that will assist with ensuring the commemoration of our current and former Australian Defence Force personnel continues.

The Department of Veterans’ Affairs administers the STS grants.

Applications for the next round of STS grants are now open. For more information or to submit an application, visit www.communitygrants.gov.au/grants/saluting-service or the DVA website.