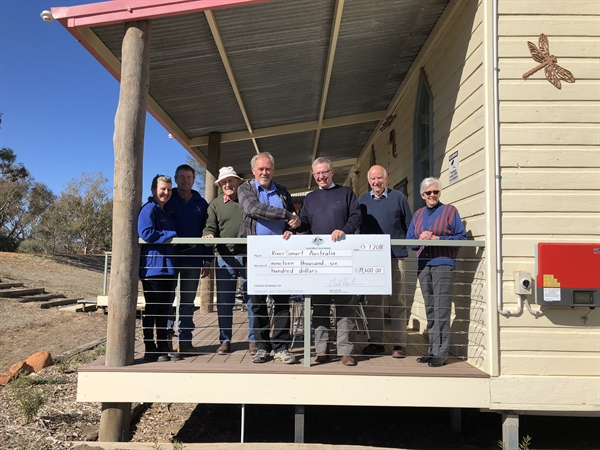 Federal Member for Parkes, Mark Coulton, announced one of the successful recipients is RiverSmart Australia, which has been granted $19,600 for a proposed festival in Warren to showcase the Macquarie Marshes.

“This is a fantastic outcome for Warren, as one of three strong community-based projects across the electorate receiving a total of $77,100 in funding,” Mr Coulton said.

“I believe this event will deliver great social benefits for the community of Warren. It provides a unique offering for visitors to the town and wider region, and has substantial growth potential.”

“This is another part of our plan for regional Australia, supporting community activities from local events and strategic planning to improving leadership and capability,” Dr McVeigh said.

“Under round two, the Coalition Government is investing more than $4 million in over 100 Community Investment stream projects across Australia valued at over $7.3 million. This is expected to create more than 4,000 jobs which will beef up local economies.”

Other successful recipients in the Parkes electorate include Cobar Shire Council and Gilgandra Shire Council.

Successful projects for round two of the Infrastructure stream will be announced in the near future. A full list of successful round two projects under the Community Investment stream are available at www.business.gov.au/bbrf