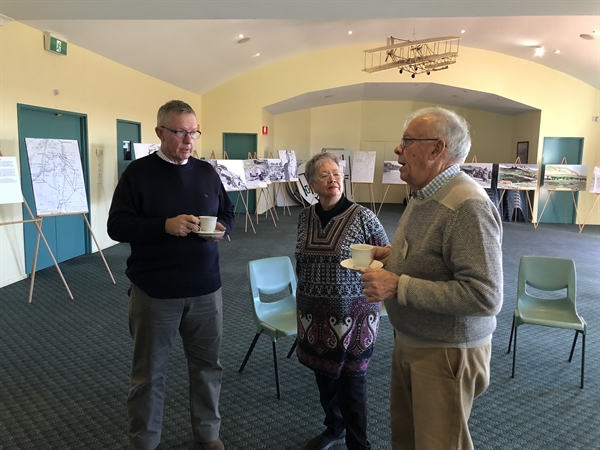 The Narromine Aviation Museum will receive a new display of photographic prints to commemorate the Centenary of Armistice Day, thanks to recently announced Federal Government funding.

Member for the Parkes electorate, Mark Coulton, has congratulated the Narromine Aviation Museum on a grant of $3264 to develop their project.

“I believe the photographic print collection of Lieutenant H. Bowden Fletcher from 1 Squadron, Australian Flying Corps, will be a fitting tribute for the Narromine Aviation Museum to appropriately acknowledge the end of the war 100 years ago,” Mr Coulton said.

The Narromine Aviation Museum represents one of 50 successful applicants receiving funding for community projects to commemorate Australia’s wartime history and the 100th anniversary of the Armistice.

“This restricted round of grants has been designed to deliver local projects and activities to communities like ours to commemorate Australia’s role in the First World War and pay tribute to service men and women and the Armistice Centenary.

“The commitment of organisations such as the Narromine Aviation Museum ensures communities like ours can preserve our local history for future generations, and I look forward to seeing the project evolve.”