Federal MP speaks out about glyphosate 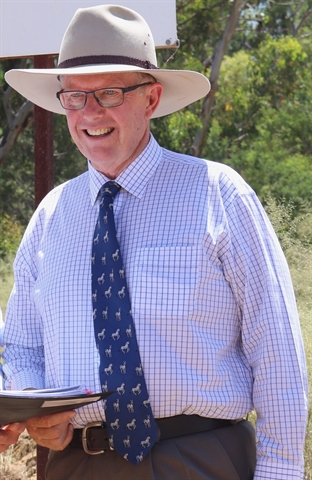 A Federal MP who was a farmer for 30 years before he entered Parliament says banning glyphosate will only add to the angst of farmers who are already battling the effects of drought.

Mark Coulton, Federal Member for Parkes, represents half of New South Wales and believes those calling for a ban of the chemical known as Roundup are misguided.

“Farmers in my electorate are currently dealing with the devastating impacts of a longstanding drought and certainly don’t need the extra worry of another emotion-charged campaign,” Mr Coulton said.

“Glyphosate is one of the most commonly used farm chemicals and to ban it would jeopardise the livelihood of farmers right around Australia.”

Mr Coulton said in his 25 years using glyphosate, he saw positive changes on his farm near Warialda in North West NSW.

“Through the use of glyphosate, farmers are able to practise minimum tillage – a step away from the more invasive cultivation practices of past times. Minimum tillage protects soil structure, moisture and nutrients, and ultimately increases the storage of soil carbon.

“I saw a huge change in the health of the soil on my property as a result of using glyphosate, including the return of micro and macro organisms like the common earthworm.

“We were also able to retain important topsoil that would otherwise be lost.”

“If Aussie farmers are to continue to be the efficient, innovative and productive operators they are today, glyphosate must play a leading part.

“There are an enormous number of studies that prove glyphosate is a safe product, but like any chemical, label instructions must be followed.

“I stand for glyphosate and for farmers right around Australia.”