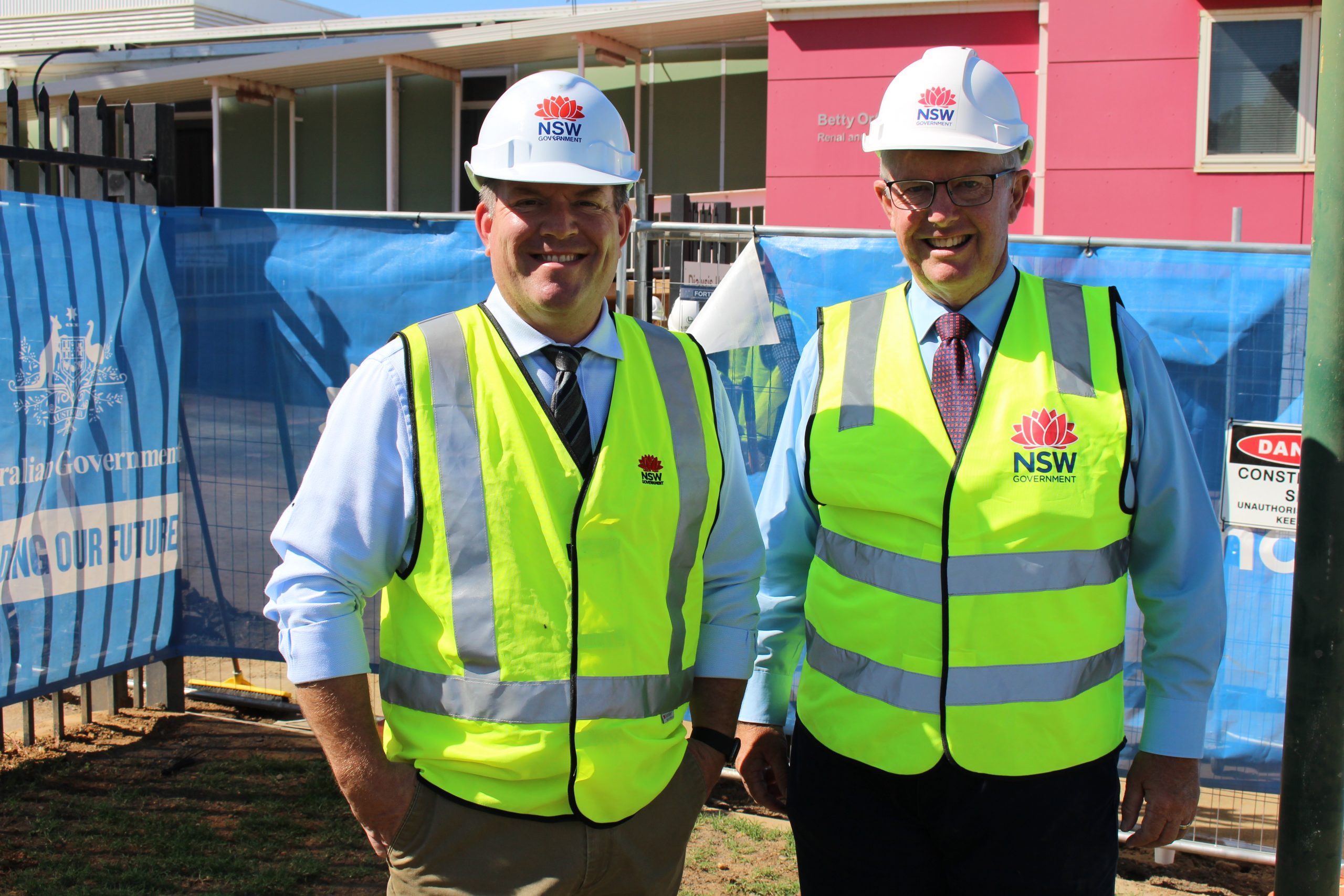 During the week we marked the commencement of demolition works to make way for the Western Cancer Centre to be built. I was joined by Member for Dubbo Dugald Saunders, Chief Executive of Western NSW Local Health District Scott McLachlan, and other key representatives.

The new Cancer Centre will provide patients with improved access to life-saving cancer diagnostic and treatment services much closer to home.

It’s a very proud achievement for all involved; not least the more than 45,000 residents of Western NSW who signed a petition for the Cancer Centre to be built, which I presented to the Australian Parliament in 2016. A $25 million Federal Government investment, along with $10 million from the State Government, has enabled the Western Cancer Centre dream to become a reality.

The focus on healthcare continued as we highlighted the recent arrival of a Medicare-eligible magnetic resonance imaging (MRI) machine to Dubbo Hospital, meaning MRI scans will soon be fully-subsidised for patients onsite. I’m thrilled that patients in Dubbo and the western region will benefit from the Federal Government’s decision to invest in an MRI licence at the hospital, which I announced last year.

I was pleased to participate in roundtables in Gilgandra, Parkes and Narrabri during the week, for the Government’s Roads of Strategic Importance (ROSI) Toowoomba to Seymour corridor.

The Australian Government has committed $510 million to the Toowoomba to Seymour corridor, of which $300 million is for the NSW section. This corridor is key to the competitiveness of Australia’s ag and mining sectors, and our regional economic growth.

The consultations were focused on prioritising short and long-term projects which would remove impediments to heavy vehicles accessing the Newell Highway, with valued input from local councils. Particular emphasis was placed on projects that consider changing freight dynamics resulting from the delivery of Inland Rail, which will be game-changing for the Parkes electorate.

Support for those with Type 1 diabetes

People in my electorate with Type 1 diabetes will soon have free access to the FreeStyle Libre flash glucose monitoring system, thanks to the Coalition Government’s $300 million Continuous Glucose Monitoring (CGM) Initiative.

The CGM device measures glucose levels without the use of lancets, test strips and blood.

I’ve met with numerous individuals and groups in recent times who have been lobbying for increased support through the CGM Initiative.

Our Government is also streamlining the eligibility criteria, to increase the number of Australians who can access fully subsidised glucose monitoring devices through the CGM scheme to 58,000 people, up from 37,000.

Under the scheme, from 1 March this year, the Government will provide fully subsidised CGM products to a wider range of people. Without Government subsidy, these Australians would normally pay $2,400 per year.

The Coalition Government is committed to supporting those with Type 1 diabetes, investing over $300 million over four years from 2019-20 in the CGM Initiative.