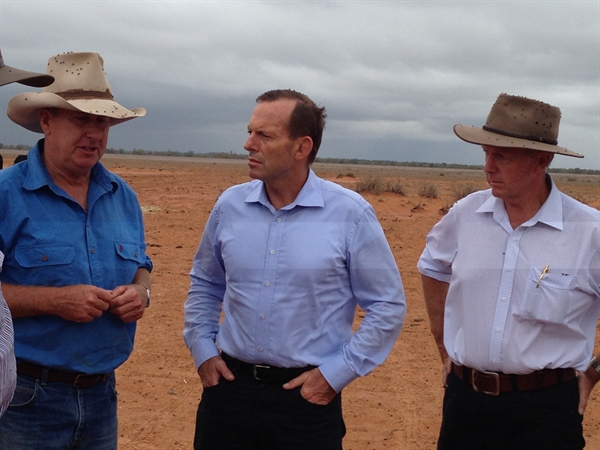 The drought continues to be the biggest ongoing issue in the Electorate with some areas being affected for two years now.

I call on community members to support each other in these times of stress.

I would also encourage farmers who are drought affected to resist the urge to “self-assess” when it comes to accessing drought assistance. It is important to contact the authorities who will be able to provide accurate and confidential advice for each individual situation.

I don’t believe that any Australian is surprised by the news that the Prime Minister has announced that a Royal Commission will be established to look at the alleged financial irregularities associated with trade unions.

There has been much debate over the role of unions and their role in the modern workplace. Recent investigative reports have indicated the possibility of links between unions and organised crime.

A Royal Commission would be able to investigate activities by unions including the establishment of “slush funds” and other similar funds.

There are many hardworking, honest members of the union movement and they should be able to have faith that their dues are not being abused by dishonest union bosses.  Likewise businesses should be able to go about their work without fear of intimidation, corruption and standover tactics.

A Royal Commission would allow a thorough investigation into the claims of unlawful activity, corruption and kickbacks within the union movement. Bringing this into the light is of benefit to all Australian workers.

The Foundation for Rural and Regional Renewal (FRRR) has announced Round 25 Small Grants for Rural Communities.

The grants are designed to be used for the benefit of small communities of 10 000 people or less by contributing to projects in the area of social and community welfare, economic, environmental, health, education or culture.

In the past these grants have been used by small, not for profit organisations to install accessible toilets at a local showground, installing a community noticeboard, and upgrade flooring in a community centre.

I encourage community organisations to consider how these grants could be applied to local needs.

Applications close on Friday 28th March 2014 and more information is available at www.frrr.org.au.