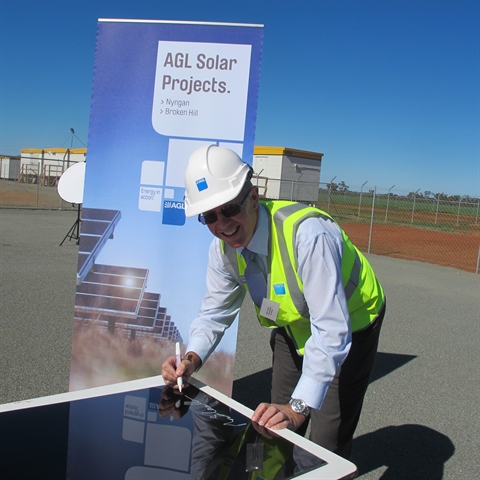 Accusations that the Coalition does not support the renewable energy sector are simply not factual.

It was the Howard Government that initially introduced the Renewable Energy Target (RET) back in 2001. Since then a lot of changes have occurred in the energy sector. In 2010 the RET target was increased to 45,000 gigawatt hours by 2020, or roughly about 20% of the projected demand. The RET was also separated into two components to encourage investment in both large and small scale renewable energy.

Australians support renewable energy and this is apparent in the uptake of the small-scale solar systems installed on households across the Electorate. These photovoltaic systems have become much more affordable in recent years. State Government feed in tariff schemes, whilst expensive, have also served to make the installation of small scale solar extremely attractive to households.

In the Parkes Electorate there has also been significant investment made into large-scale renewable energy with the 102 MW AGL Solar Plant at Nyngan currently under construction and the $164 million Moree Solar Farm soon to be underway. The RET has also encouraged investment in wind, hydro, landfill, bagasse and biomass facilities across the country. These large scale projects will prove valuable to the Australian renewable energy industry in terms of developing best practice.

The most recent review into the RET, which has been made available to the Government, public and industry for consideration, was required under the existing legislation.  The Coalition is committed to lower electricity prices and the review has also taken this into account. The review is important to ensure that the scheme is working efficiently and effectively.

One important change that has occurred since the introduction of the RET is that Australia has experienced a decline in electricity consumption. The independent panel that undertook the review found that the RET is currently responsible for around 4% of electricity bills and explored a number of options for the Government to consider. The costs and benefits must be weighed as well as any possible sovereign risk.

The Government is considering the recommendations of the review and will respond in coming weeks. The improvements in technology, particularly in regards to solar, and the climate of the Parkes Electorate have made our region an ideal location for the installation of both small and large scale schemes. Renewable energy will play an important part in Australia’s energy mix in years to come.