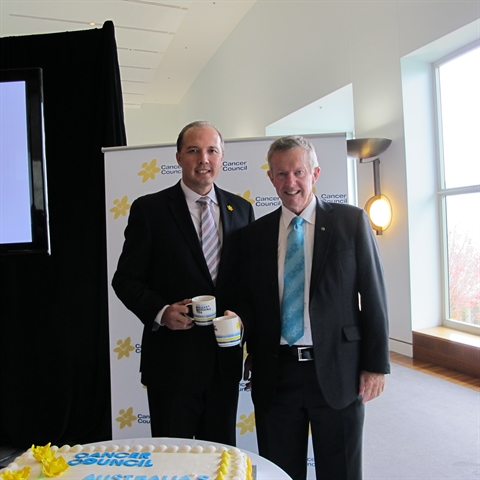 People in the Parkes Electorate who are suffering from pancreatic cancer will be able to access the breakthrough drug Abraxane on the Pharmaceutical Benefits Scheme (PBS) from November 1.

“The Australian Government has committed over $92 million over four years to subsidise Abraxane, which will improve the lives of around 1,500 Australians and their families,” Mr Coulton said.

The Commonwealth spends more than $9 billion annually to fund existing items on the PBS, which is up a staggering 80 per cent in the past decade.

The listing of nanoparticle albumin bound paclitaxel (Abraxane®) was recommended by the Pharmaceutical Benefits Advisory Committee in March and the details were agreed with the pharmaceutical company in July. It has now received approval from Cabinet.

“Following agreement of pricing and listing arrangements with the pharmaceutical company, the Government has taken less than two months to consider the listing, making it one of the fastest listing approvals for a high cost medicine in recent years,” Mr Coulton said.

All PBS listings are subject to final arrangements being met by the suppliers of the medicine.