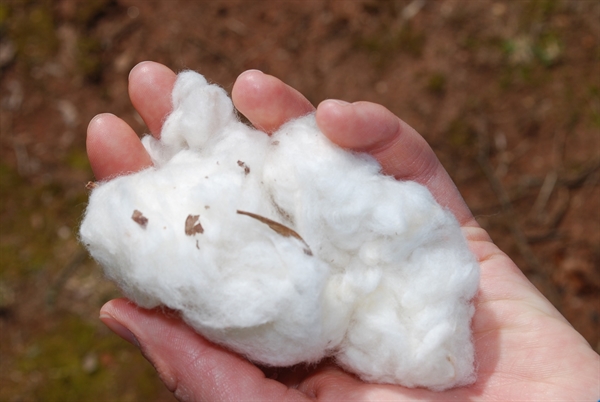 Funding in excess of $3.5 million to benefit agricultural industries in the North West of NSW has been announced today, as part of the Federal Government’s $27 million Smart Farming Partnerships initiative.

The University of Sydney’s ‘DigiFarm’, a digital farming initiative in North West NSW, has been granted more than $2.3 million, while further funding of more than $1.1 million has been awarded to the Cotton Research and Development Corporation (CRDC) to invest in cotton sustainability.

Member for Parkes, Mark Coulton, said the funding is aimed at building the next generation of sustainable farming practices, and will greatly benefit farmers in his electorate.

“This funding marks another great investment to support farmers across the Parkes electorate in building sustainable farming operations, and I’d like to congratulate the successful recipients on their strong applications,” Mr Coulton said.

“Farmers have an intimate knowledge of the land they work and live on, and these grants are about helping them maximise and share their ideas.”

Mr Coulton explained that funding for the University of Sydney’s DigiFarm project will be used to build a physical and virtual hub and satellite network in North West NSW, based in Narrabri.

“The DigiFarm network will service North West NSW farmers, and will monitor crop and animal production, as well as soil and ecosystem health to help farmers better manage production.

“An education platform will also be developed in the area for farmers, agribusiness, schools and environmental stakeholders to experience the latest in ag-innovation thinking.”

Mr Coulton said the CRDC’s grant will assist the cotton industry to improve its environmental footprint and produce sustainable cotton.

“These multi-year grants of up to $4 million are about helping farming-focused organisations to put their ambitious projects into action.

“Almost $27 million has been granted through the Smart Farming Partnerships initiative. The first round of funding was highly competitive, and I strongly encourage those who missed out under round one to apply under future rounds.”

Fast facts:
• Smart Farming Partnership Grants ranged between $480,000 and $4 million.
• The National Landcare Program phase two is an investment of more than $1 billion to 2023.
• Landcare was first launched in 1989 and has had bipartisan support for nearly 30 years.