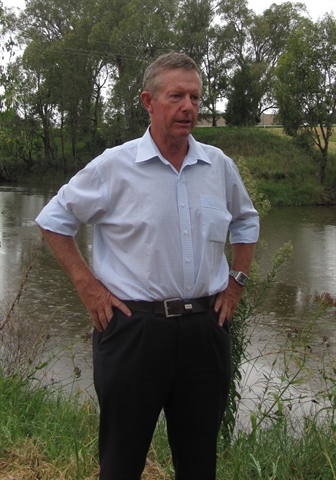 I rise tonight to speak on the Water Amendment (Water for the Environment Special Account) Bill 2012, which allocates 450 gigalitres to the Murray-Darling as part of the arrangement that the Prime Minister announced in South Australia a couple of weeks ago.

I have considerable concern about a couple of issues with this bill. One of those is that the minister’s rhetoric on this has been that this water is to be returned to the basin through works and measures. However, there is a clause in this legislation that will allow water to be purchased should the works and measures not be successful. That is of great concern for me. The other thing that concerns me is that there is no indication as to where this water might come from. As we have seen in the past, large-scale water purchases without a community assessment of the economic and social detriments of these purchases can be devastating.

There is no clearer example of that than in my electorate, with two major purchases by this government in the last few years. One of those was the purchase of Toorale Station, which delivered very little water back into the system but had a major effect on the economy of Bourke, with 100 jobs lost, over 10 per cent of the rate base of Bourke Shire Council removed and a negative environmental outcome. Toorale Station, once the gem of the Bourke shire, has been reduced to a wilderness that is infested with noxious weeds and feral animals.

The other purchase was of $300 million worth of water from the Twynam Pastoral Company. A large amount of that water was from Collymongle Station at Collarenebri on the Gwydir River. The purchase of that water has devastated the community of Collarenebri, to the extent that, I suspect, Collarenebri will never ever return to what it was prior to the loss of the Collymongle water.

There is a lot about what is happening in the Murray-Darling Basin, with the water plan and with this legislation to remove an extra 450 gigalitres through works and measures, that I am not comfortable with. But I will acknowledge that we have come a long way from when the first draft of the plan was introduced a couple of years ago, and that a lot of work has been done by a lot of people. I will acknowledge that the people of my electorate are not happy with this plan. I will also acknowledge that probably not a lot of other people are. But I believe that the danger of letting this plan go and letting it get into the hands of the Greens could lead to a devastating outcome.

This afternoon I was watching Senator Hanson-Young’s speech in the Senate on the disallowance motion on the Basin Plan and, to be frank, it was bone-chilling. The speech from Senator Hanson-Young-a member of a party that is supposed to represent the entire country and be focused on better environmental outcomes-was the greatest example of nimbyism I have ever seen in this place. I acknowledge the difficulty that we have in this place with the different interests in the river depending on where you are. I acknowledge that that has been an incredibly difficult situation. I also acknowledge that the divisions in this place are not necessarily along political lines but along geographical lines. I acknowledge that, and I acknowledge that the people in my electorate have given away, handed back, a lot of water through the first state water-sharing plans and also through this plan. My wish is that, when this debate is finalised in this last week, we draw a line under this plan. If we find that we are going to have green activists chaining themselves up to red gums in 12 months time and saying that this plan does not go far enough-and Senator Hanson-Young’s chilling words certainly indicated to me that that was going to be the case-then I think that the people of my electorate will not be so compliant next time.

There is work to be done with the states, and I acknowledge there is probably more work to be done with my home state of New South Wales and the relationship with the minister than probably anywhere else at this stage. What those in New South Wales are looking for, apart from rhetoric from the minister, is a set commitment from the minister that there will be no more buybacks beyond what has been agreed to in this plan and that, as to the 450 gigalitres in this bill that we are speaking to today, that is done through works and measures and not through buybacks as is allowable in the clause in this bill.

It is with great irony that we talk about a healthy river. And I ask: what is a healthy river? I represent 24 per cent of the Murray-Darling Basin. I represent every river from the Lachlan to the Macintyre, and they are ephemeral streams. From the beginning of time they have flooded and they have gone dry. The idea that we have to have the river brimming full of water at all times for it to be a healthy system is an absolute nonsense. We found that, after 10 years of the worst drought in modern history, the environment of the river returned much more quickly than the communities that live on it did. I would ask any member of this place to travel to the west of New South Wales and visit the Macquarie Marshes, the Gwydir wetlands or the Narran lakes-wonderful iconic environmental locations-and look at the abundance of life there. But I would also encourage them while they are there to look at the farms, the communities and the contribution that this part of Australia makes to the Australian economy. I might add that during the global financial crisis there were two industries that carried Australia: agriculture and mining. Both of these industries feature strongly in my part of the world, and both of them battle constantly against legislation which is introduced in this place and which seems to be aimed at bringing them down rather than encouraging them.

I endorse this bill not with enthusiasm but with qualification. I am sometimes alarmed at the mixed messages the minister puts out when he talks about a sensible plan which looks after everyone along the river and then, when he gets in front of a television camera, seems to be entirely focused on environmental outcomes. It is not a great day for Australia when the rights of a frog supersede the rights of an Australian farmer. It is my fear that, unless a balance is worked out in the implementation of the plan in this bill, in the end the frog might win.

Tomorrow we will be discussing a disallowance motion on the basin plan which will be introduced by my colleagues the member for Riverina and the member for Murray. While I fully understand their position and why they are putting up their disallowance motion, I place on record now that I will not be supporting it. I agree that the form in which the basin plan is implemented is important in getting the outcomes we want, but I believe that we have reached a point where we need to draw a line under the basin plan and move on.

The member for Kennedy will also put forward a disallowance motion tomorrow. I find it extremely galling that a member who comes from a place far from the basin and who has been completely divorced from the pain, the hardship, the negotiation, the dealing, the plain hard work and the sweat which has been put in by people in my electorate and people in other electorates in the Murray-Darling Basin as well as the hard work that has been done in this place on both sides to get to a point of compromise would waltz into the debate on this bill when it is pretty well done and dusted and try to pick over the bones of the plan. I find it extremely galling that he would cause great hardship and considerable upset to the people of the basin for no outcome other than lifting his profile in a vain political attempt to have some relevance at the 2013 election. I certainly will not be supporting the member for Kennedy’s disallowance motion either.