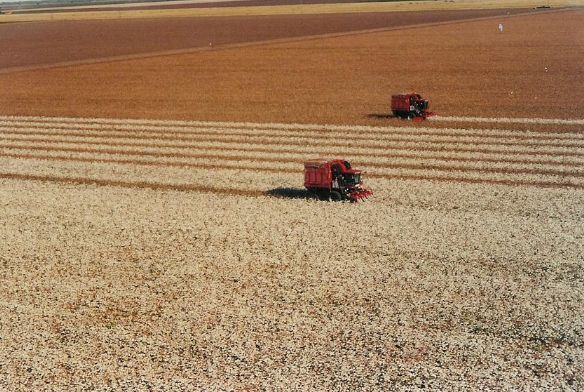 I rise tonight to speak about an issue that has become quite a problem in western New South Wales, including in my electorate of Parkes. That issue is the shortage of skilled workers.

In the last season since the drought broke there has been a real shortage of people to do the job, mainly in agriculture but also in mining jobs. Many people drifted away over the 10 years of the drought into other employment, but now that the seasons have returned there is a real shortage of skilled worker. In the last wheat season and the last cotton season, which is winding up now with the ginning process-it is the largest cotton harvest in the history of the country-much of that work is being done by workers from overseas. Backpackers from the UK, Europe, Korea, India-you name a country and there are young people from it in my electorate at the moment working on farms on cotton gins and in grain handling facilities.

Filling the shortage in this way is a stopgap; the nature of these tourism work visas means that a problem is emerging. Taking on someone to work on an agriculture property requires that they undergo quite an intensive training process. Much of the equipment is GPS-guided and you have to have an aptitude for it. Some people never quite get it and move on; other people do get it after the six months. Quite often by the time they are getting very proficient and can work on their own, unsupervised, they have to move on because of the requirements of their visa. There is a need for flexibility to come into the system to allow those people to stay longer.

The other issue is with 457 visa, which has no qualification for farm worker. It is very difficult to get someone to come and work on a property on a 457 visa. There needs to be a complete look at this problem of the lack of skilled people to work in these areas. There will be a forum in Moree, in north-western New South Wales, in my electorate, on 27 September. There will be representatives of the Department of Immigration and Citizenship, the department of regional development, local councils and New South Wales farmers. I will be chairing the forum, which will look at options that might be available, including a skilled migration zone, to bring in skilled people and take advantage of the job opportunities that exist.

Over the last 20 years agriculture has become very mechanised, very technical, and you need a certain type of person to do that. Some of the farms in my electorate have as many as 10 backpackers working on them at the moment. They are shipping out grain and getting ready for the harvest, which will be in six or eight weeks time.

Having said that, we must not forget the unemployed people in my towns at the moment. It is a great irony that we have a shortage of skilled workers yet we still have a level of unemployment. Unless we as a community bring those people along with us and upskill them-many of these people are Aboriginal members of my community-and try to get them into employment, we are not doing our job. I believe that we need to find the job, place the person and then put the resources of government into keeping them in those jobs. Many of these people have got tickets in all sorts of different fields, through training organisations, but if there is no job at the end of their training it is pretty pointless. I encourage anyone in the area to come along on 27 September and take part in a forum that will give some direction and offer some hope for the problem we have with a shortage of skilled labour. (Time expired)