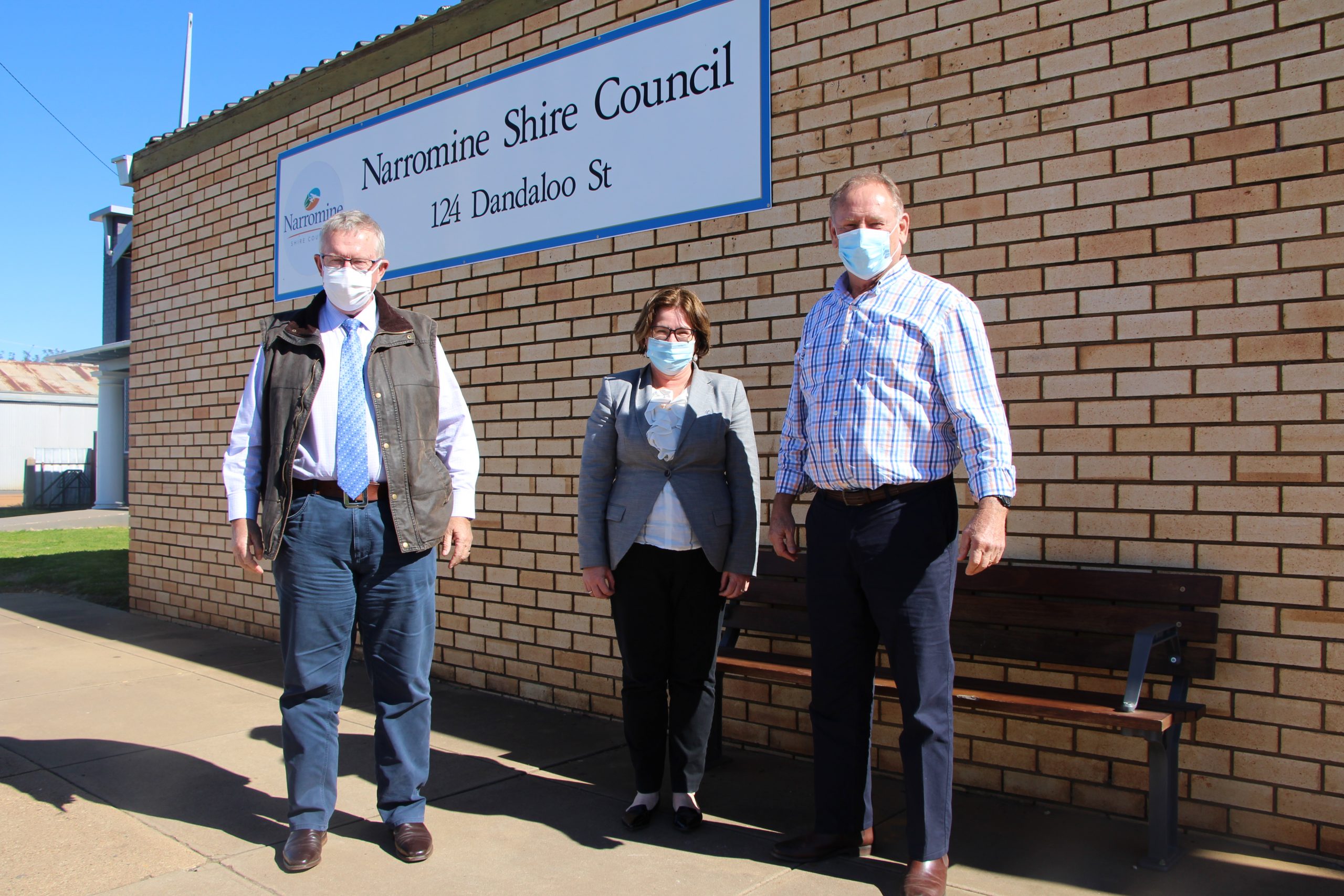 The Narromine region is set to be transformed, with the Federal Government providing $600,000 for various projects to revitalise the Narromine, Trangie and Tomingley town centres.

The Narromine Revitalisation and Activation Project is one of 16 local projects awarded a grant under the third round of the Coalition Government’s Economic Development Program.

Mr Coulton said the project will enhance the town centres in Narromine, Trangie and Tomingley, with the aim to encourage more people to live and work in the region.

“The Narromine Revitalisation and Activation Project is a perfect example of a project that will create new jobs and increase the capacity of the community by diversifying and strengthening the local economy.

“Each of the projects that have been successful so far under Round 3 will help communities by using local suppliers and resources as well as through local knowledge to drive the best outcomes for our region.”

The Narromine Revitalisation and Activation Project involves a number of sub-projects, including:

Narromine Mayor Craig Davies said this funding is very welcome and timely, providing council with the opportunity to target specific projects across the entire shire.

“Tomingley residents will welcome further upgrades to Eric Woods Park and Dicken Park with both sites having their parking areas sealed. Solar lighting is also a part of the upgrade,” Cr Davies said.

“Further works to the already-funded multipurpose court encompassing, tennis, basketball and other court sports will be built at the hall following representations that highlight a strong focus from Council on upgrading facilities in Tomingley.

“CCTV will be installed in Trangie following success achieved in Narromine to enhance safety and security for businesses in the main street.

“Lastly, the funding will allow the ongoing delivery of Capacity Building Programs.  These hugely successful programs attract between 100 to 150 participants annually at a range of seminars designed to help promote better business and lifestyle outcomes across the shire.

“The shire is most appreciative of this ongoing support from our local Federal Member.”

Close to $39 million of funding has already been approved under Rounds 1 and 2 of the program for a huge array of activities-throughout Murray-Darling Basin communities.