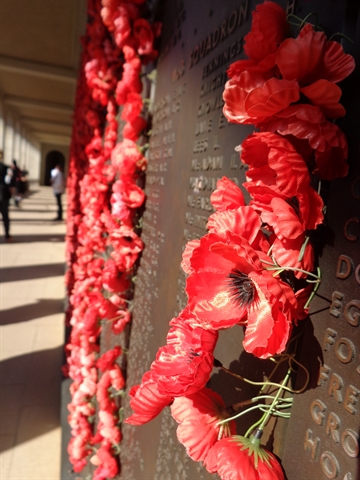 Federal Member for Parkes, Mark Coulton, has encouraged the community to pause for one minute’s silence at 11am, to wear a red poppy or to attend their local Remembrance Day service and pay tribute to the men and women who have served, and those who continue to serve our nation in times of war, conflict and on peacekeeping operations.

“Most Australians have a personal story about a family member or friend, who has served in the Australian Defence Force.

“Whether it be a mother who bid farewell to her son bound for Afghanistan, or the children who hear tales of their great grandfather’s service during the First or Second World War, all of us have been touched by those who have served their nation at their nation’s request.

“This Remembrance Day, Tuesday 11 November, we remember all of them, Australians who gave so much for their country,” Mr Coulton said.

This Remembrance Day is the first of the Anzac Centenary period (2014-18), a time where we will mark the Centenary of the Great War.

An Anzac Centenary Program has been developed, and aims to encourage all Australians to reflect upon, and learn more about Australia’s wartime history, the costs and the impact of war on those who participated, on our communities and on the entire nation.

Further information about the Anzac Centenary Program, including planned international and domestic events, can be found at: http://www.anzaccentenary.gov.au/

Each year, the Department of Veterans’ Affairs produces a Remembrance Day commemorative poster that you can freely download and display.  This year the poster focuses on the departure of the first convoy from Albany, carrying Australian and New Zealand soldiers to the war in 1914.

“I encourage every member of the community to join together this Remembrance Day, pause for a moment’s silence at 11am and wear a red poppy to support the RSL’s Poppy Day Appeal.

“It is here in local communities that the legacy is carried on, ensuring we never forget those who have served, particularly the more than 102,000 Australians who have lost their lives wearing our country’s uniform,” Mr Coulton said.

For more information on Remembrance Day, to access the service resources, or to download the commemorative poster, visit www.dva.gov.au/remembranceday.htm