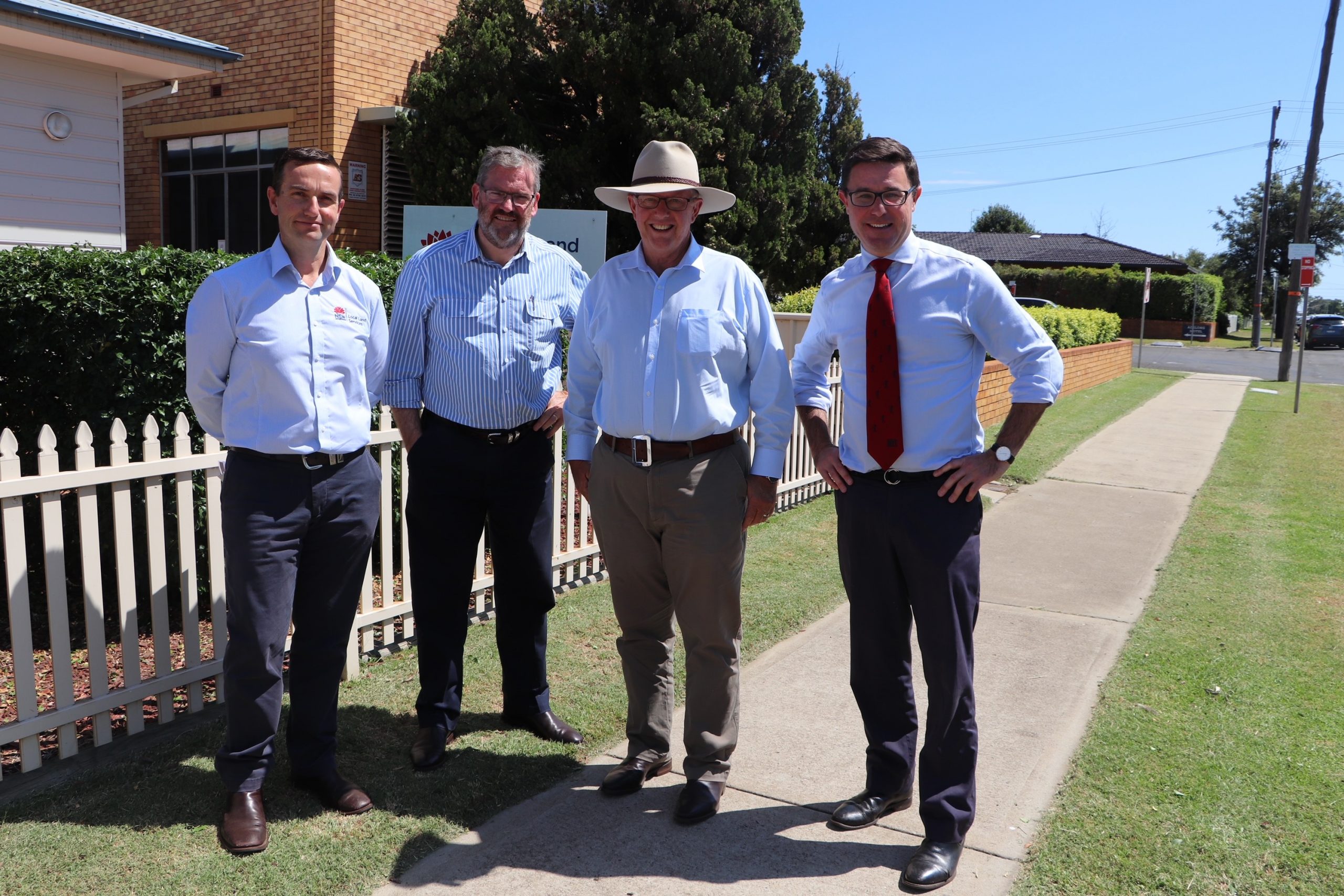 Photo caption: Local Lands Services’ Dale Kirby, Southern QLD/Northern NSW Drought Resilience Hub Director for John McVeigh, Federal Member for Parkes Mark Coulton and Minister for Agriculture and Northern Australia David Littleproud in Narrabri today where they announced more than $1 million in funding for the creation of Adoption Officers in the Northern NSW/Southern QLD Drought Resilience Adoption and Innovation Hub. One of these officers will be based in Narrabri.

Northern NSW/Southern QLD Drought Resilience Adoption and Innovation Hub will receive over $1 million for Adoption Officers to drive uptake in drought resilience on the region’s farms. This is on top of $2.5 million to expand innovation outcomes for the region beyond drought.

Minister for Agriculture and Northern Australia David Littleproud said the hubs are part of the Australian Government’s $5 billion Future Drought Fund and the centrepiece of the $121.06 million program to harness innovation and drive the adoption of new drought resilient technologies and practices.

“Locals know their communities and needs better than anyone. The Adoption Officers supporting the hub here will help farmers adopt new technologies and practices to prepare for future drought,” Minister Littleproud said.

“A national network of Adoption Officers helps increase the sustainability, productivity, and profitability of the entire industry.

“The extra $2.5 million funding boost will mean the hubs and their key stakeholders can identify activities under the National Agricultural Innovation Agenda targeting exports, climate resilience, biosecurity, and digital agriculture for their region.

“The hubs are about the future of agriculture and our regions, preparing for drought, growing the industry through innovation, creating new jobs in agriculture, and strengthening communities.”

“The hub will have the flexibility to decide how best to place Adoption Officers to support local farmers and communities to prepare for future drought,” Mr Coulton said.

“Adoption Officers will drive the innovation in drought resilience technologies and practices on farms here in Northern NSW.

“Activities under the National Agricultural Innovation Agenda will include demonstration sites, so farmers can see new tools and practices in action on-farm, connect with innovators, and begin building their capability and productivity.”