New lease on life for community assets in Coolabah, Nyngan 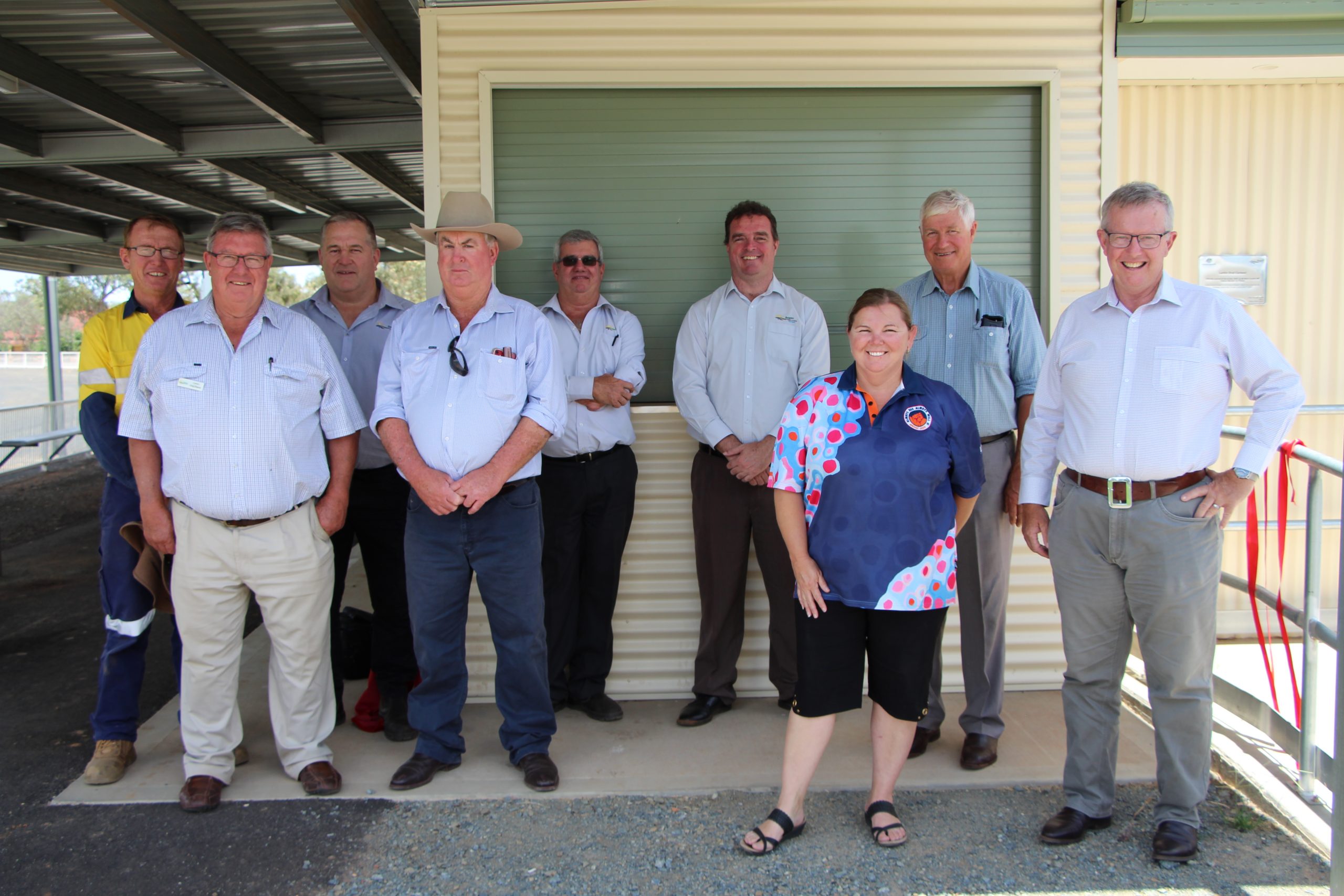 Bogan Shire residents will benefit from new and upgraded facilities at Coolabah and Nyngan, thanks to funding being provided under the Federal Government’s Drought Communities Programme (DCP) – Extension.

Federal Member for Parkes and Minister for Local Government Mark Coulton was joined by Bogan Shire Council Mayor Ray Donald OAM and General Manager Derek Francis today to officially open the new canteen at Larkin Oval in Nyngan, as well as the renovated Coolabah Hall, which have both been funded under the program.

“I’m thrilled that the Coalition Government committed to delivering $2 million to every council in my electorate under the DCP – Extension to stimulate local spending,” Mr Coulton said.

“Today’s official openings mark the completion of two fantastic projects that have directly supported local jobs and local businesses – this is exactly the type of work that the Federal Government is so pleased to support.

“Both the Larkin Oval in Nyngan and the Coolabah Hall are important meeting places for locals in these communities, supporting social connection and sporting events.

“I’m very pleased that the DCP is allowing Bogan Shire Council to invest in exciting projects that will make a positive difference right across the Shire.”

“Bogan Shire residents have certainly benefited from the Drought Communities Programme, which has enabled many community and road projects to be completed that would have been beyond our financial means to carry out otherwise,” Cr Donald said.

“Two of these have been upgrades to the Coolabah Hall and a new canteen at Larkin Oval in Nyngan.

“On behalf of Council, I would like to thank the Federal Government and Mark Coulton for this funding. It has provided extra work for local contractors and purchases of materials from local businesses.

“This funding keeps the Coolabah Hall in good condition for local community meetings and social events.

“Likewise, the new canteen at Larkin Oval has complemented other Government-funded upgrades such as new flood lights, an electronic score board and dressing sheds. This will enable the main sporting centre in Nyngan to attract more local, regional and state sporting events.”

The DCP – Extension is targeted at projects that stimulate community spending by using local resources, businesses, suppliers and workers, or provide long-lasting benefits for communities and agricultural industries.

Other projects being funded in the Bogan Shire Council under the first round of DCP – Extension include:

Bogan Shire Council projects approved under the second round of DCP – Extension funding (an additional $1 million) include:

• Resurfacing the Nyngan War Memorial Swimming Pool;
• Extensions and fit-out to the Bogan Shire Medical Centre including the acquisition of sonography equipment and the engagement of a sonographer contractor for the duration of the project;
• Fit out of the new Bogan Shire Youth and Community Centre;
• Acquisition and installation of training lights at Nyngan Junior Rugby League oval;
• Construction of a public toilet facility at the Hermidale War Memorial Park; and
• Refurbishment of the Collerreina Community Hall

• To date, $2 million in DCP – Extension funding has been made available to Bogan Shire Council for local projects.
• DCP – Extension funding is available to eligible councils for local infrastructure projects and other drought-relief activities. All 18 councils in the Parkes electorate, as well as the Unincorporated Far West NSW region, are eligible under the program.