Nationals secure another win for local farms and businesses 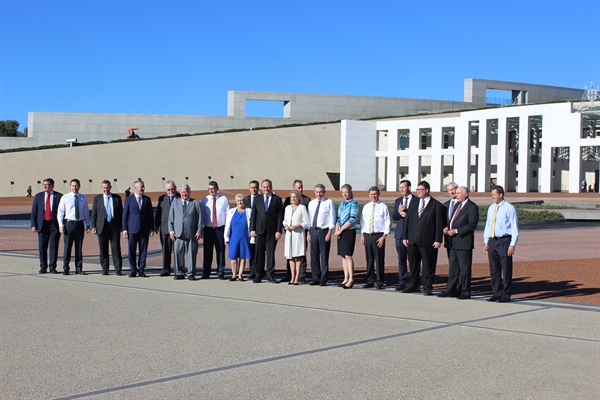 The Nationals have secured a win for local farmers and business operators with the Coalition Government this morning announcing a review of the non-permanent resident tax rate to backpackers that was due to come into effect on 1 July 2016.

Federal Member for Parkes, Mark Coulton has welcomed this morning’s announcement which addresses the concerns of many business and farm operators across his electorate.

“My colleagues and I have listened carefully to industry concerns about possible labour shortages resulting from the so called “backpacker tax” planned to take effect from 1 July 2016,” Mr Coulton said.

“As a result, the Government has agreed to review the tax measure, as part of a broad review of the workforce shortages faced by the agriculture and tourism industries, and defer the introduction of this tax for 6 months.”

Mr Coulton said that this announcement is yet another example of The Nationals continuing to stand up for the people of rural and regional Australia.

“The Nationals are the only party solely focused on the needs of regional Australia,” Mr Coulton said.

“This announcement, just like the recent abolition of the Road Safety Remuneration Tribunal, demonstrates the power of regional Australians when the Nationals are in Government.

“If I am re-elected, I will continue to stand up for the people of Western New South Wales and keep ensuring that local concerns are raised and advocated for in the Federal Parliament.”

The review announced today will look at a range of issues which may be affecting the labour supply to agriculture and tourism, including comparative tax and other conditions for backpackers in Australia and other countries, as well as factors discouraging more Australians from seeking work in agriculture in particular.

It will report back to the Minister for Agriculture and Water Resources by 14 October 2016.