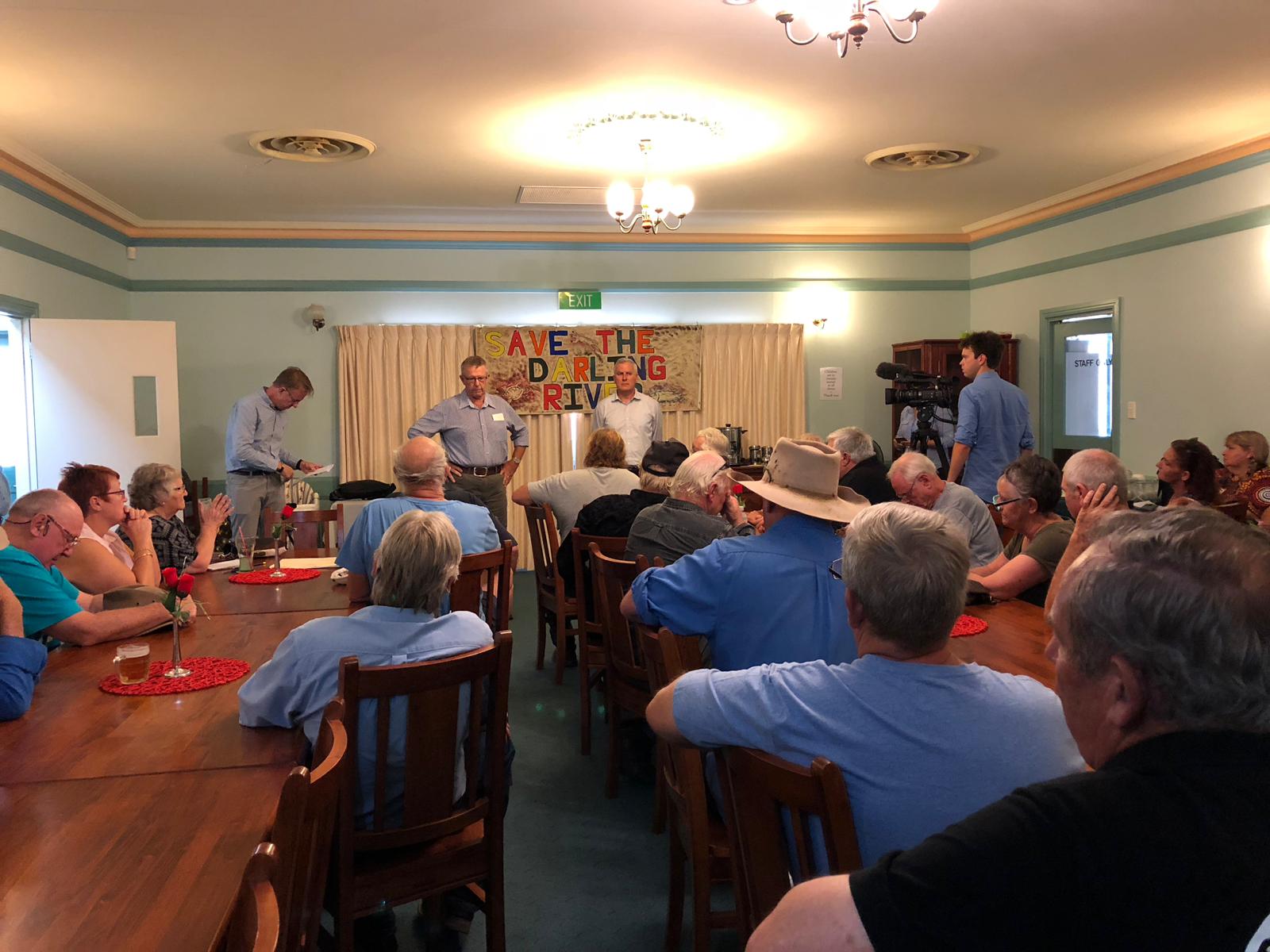 Member for Parkes Mark Coulton has welcomed a $70 million suite of measures in response to the independent report which examined the recent fish deaths in the lower Darling (the Vertessy Report).

“I saw firsthand the effects of the fish deaths on the community during a visit to Menindee earlier in the year, and I have met with concerned constituents on a number of occasions in relation to these events.

“I am particularly pleased that the Department of Agriculture and Water Resources will seek to secure A class licences to protect low flows in the Barwon-Darling into the future, in consultation with community and the State Government.

“Up to $25 million will be invested in metering in the northern basin, in the form of a 25% subsidy for AS4747 compliant meters. $5 million will fund cameras to live-stream river flows to provide transparency to the public.”

Mr Coulton said an additional $5.24 million for the Toorale Water Infrastructure Project to better connect the Warrego and Darling Rivers will improve flows and build fishways.

“A further $20 million will expand research on the Murray-Darling Basin for better water and environmental management, and to address gaps in our knowledge. The Government will also work with the State Government to have additional water allocated to Indigenous communities.

“The Government is funding a new fishway at Menindee main weir and the removal of the Menindee old town weir to improve fish movement through the river system, as well as upgrades to two fishways and construction of a new fishway on the Lower Darling River below Menindee Lakes.

“The Wilcannia Weir funding of $30 million along with the State Government has been another important commitment, and will include a fishway that improves connectivity along that stretch of the Barwon-Darling River.”

Mr Coulton said $10 million will help restock rivers and lakes with native fish species across the basin, and establish new hatcheries in the northern basin to kick start fish recovery.

The Coalition Government is also funding the following:

• $5 million Native Fish Management and Recovery Strategy to protect and restore native fish populations in the northern Basin, with Menindee being investigated as a possible site for a fish hatchery;
• $180 million for QLD and NSW to implement the northern Basin’s toolkit measures to improve environmental outcomes in the northern Basin including protection of environmental water and works that promote fish health;
• $3 million for a research program on ecosystem functions in the Murray-Darling Basin;
• $10 million Murray-Darling Basin Environmental Water Knowledge and Research Project with the Basin states to inform environmental water management decisions with improved understanding of ecological responses.
The key finding of the independent report regarding the primary cause of the fish deaths is sudden reductions in air temperature and increased wind associated with storms, which caused weir pools to suddenly de-stratify, resulting in low oxygen water.

The final report of the Independent Assessment of the 2018-19 fish deaths in the lower Darling is available at www.mdba.gov.au. For more information on the Australian Government’s response to this report, please visit www.agriculture.gov.au