Mark Coulton salutes 75th anniversary of Kokoda and the Beachheads 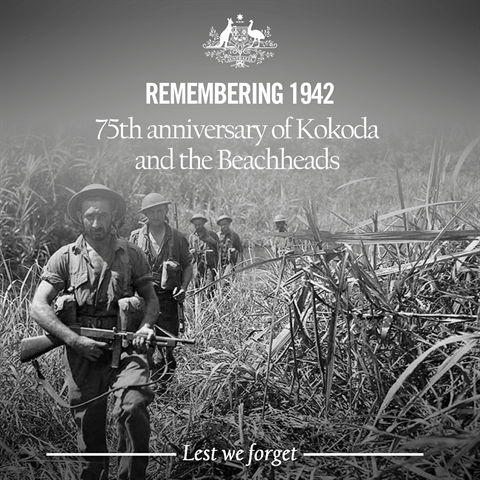 Mark Coulton has urged people in his Electorate of Parkes to reflect on the service and sacrifice of the Australians who fought at Kokoda and the Beachheads on its 75th anniversary today.
“On this day 75 years ago, Australia retook the village of Kokoda and went on to win the final battles of the campaign at Buna, Gona and Sanananda with the support of American troops,” Mr Coulton said.
“More than 1,800 Australians lost their lives and another 3,600 plus were wounded or struck down with illness over the course of the Kokoda campaign.
“Australian troops in the Kokoda campaign were outnumbered and fighting in abysmal conditions, yet they displayed incredible bravery.
“During the campaign, Australian soldiers were aided by an estimated 50,000 Papuan civilians, affectionately known as ‘Fuzzy Wuzzy Angels’ who provided supplies to Australian soldiers and evacuated our wounded and sick.
“I urge everyone in the Electorate of Parkes to pause today and remember the service and sacrifice of Australian soldiers on the Kokoda Track and at the Beachheads during the Second World War.”