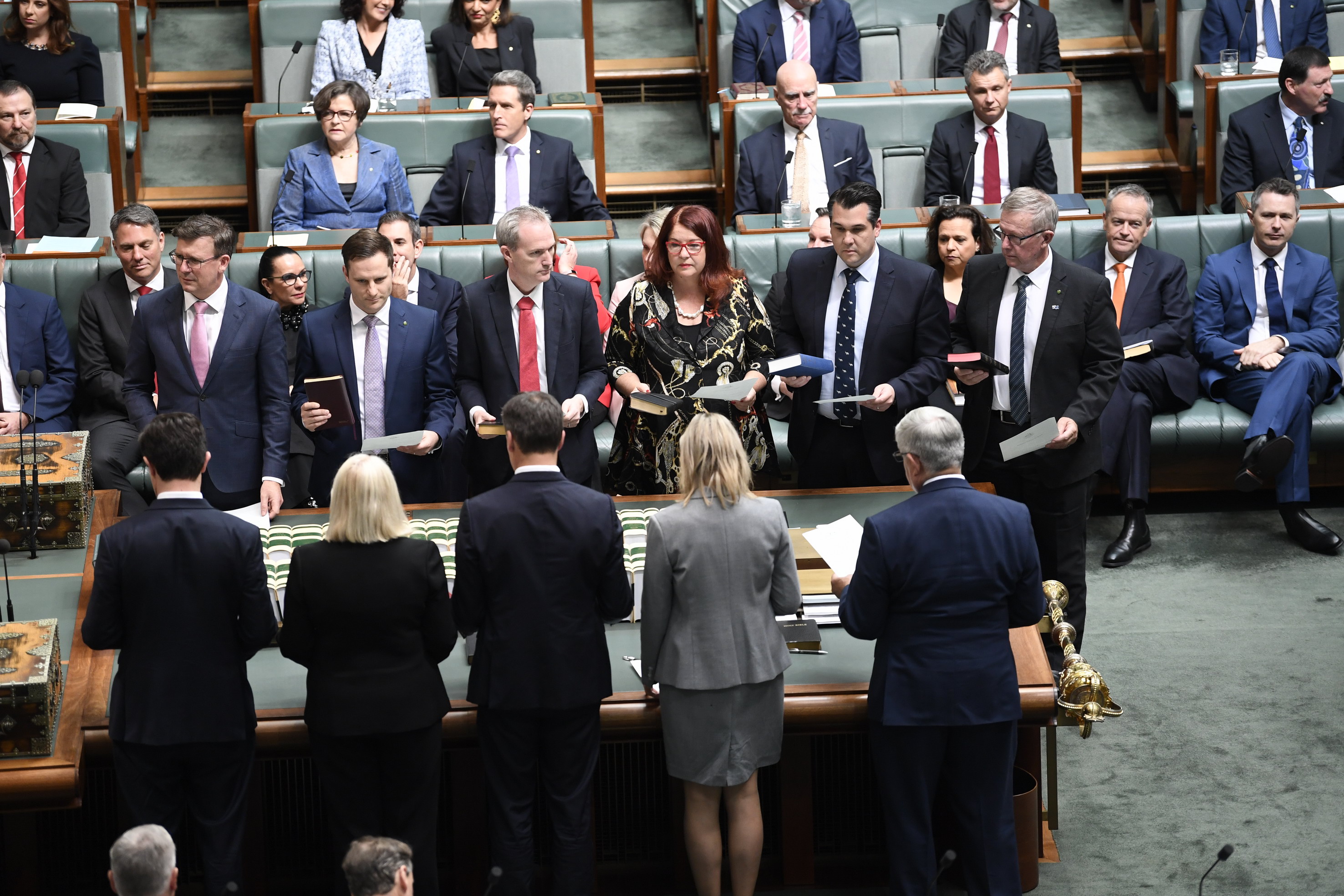 The Hon. Mark Coulton MP has been officially sworn-in as Member for Parkes for the fifth time, with the commencement of the 46th Parliament in Canberra this week.

“I am very pleased to have been formally sworn-in to the Australian Parliament this week as the Member for Parkes,” Mr Coulton said.

“After more than 11 years in this job, I’m as excited and optimistic as ever about what lies ahead for this electorate. Gladly, I now also have significant responsibilities in numerous areas that have direct and major implications in the electorate of Parkes.

“Regional services including rural health and connectivity, local government and decentralisation are all areas I am passionate about, and I think that we can achieve a lot in this space in the next term of Government.”

Photo Caption: Member for Parkes, and Minister for Regional Services, Local Government and Decentralisation, and Assistant Trade and Investment Minister, Hon. Mark Coulton MP, being officially sworn-in to the Australian Parliament on 2 July 2019.