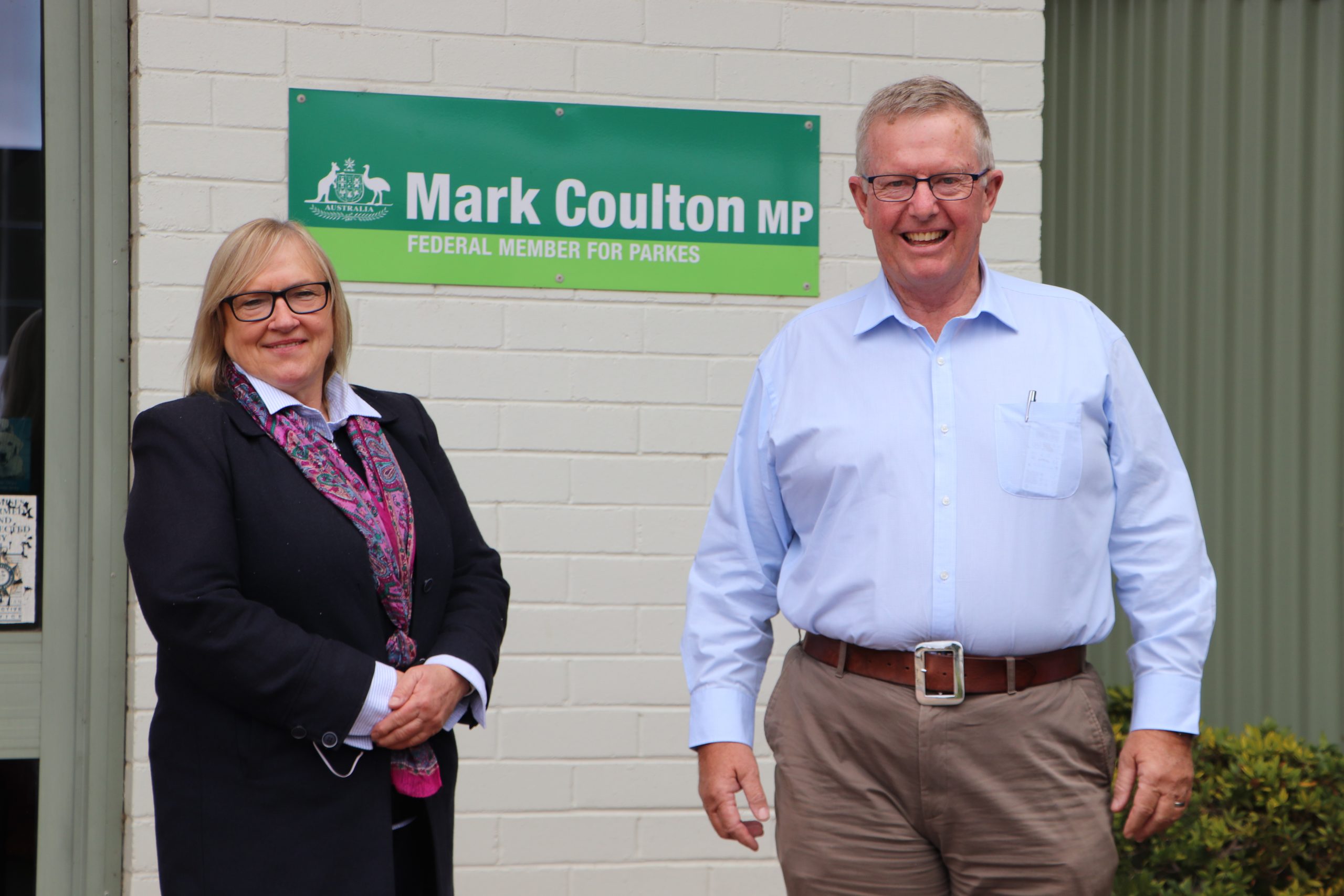 Photo caption: Federal Member for Parkes Mark Coulton (right) has today farewelled Ev Barber, who has been his office manager in Dubbo since he was elected in 2007. Ev retires after 25 years of working for MPs in Dubbo.

Federal Member for Parkes Mark Coulton has today farewelled his longest serving employee, Evelyn Barber, who has decided to retire after more than 25 years of working in the Dubbo electorate office.

Ev began her career as an electorate officer for then-Federal Member for Parkes Michael Cobb on April 1, 1996.

When Michael retired in 1998, she was promoted to office manager by the next Federal Member for Parkes, Tony Lawler, who served from 1998 to 2001.

Ev continued in the role with the following Parkes MP John Cobb from 2001 until 2007 when the electorate boundaries changed, and he was elected as the Federal Member for Calare.

When current Federal Member for Parkes Mark Coulton was elected in 2007, Ev stayed on in the Dubbo office and has been Mr Coulton’s office manager ever since.

“I’ve been in the same office, at the same desk for 25 years and four months,” Ev said.

Throughout that time, on top of office management duties, Ev has looked after the trade and foreign affairs portfolios, having a lot of success in immigration.

“A lot of people have had their lives changed because of Ev,” Mr Coulton said.

“She has been a calming influence to my office when people have come in upset. Ev is dedicated to getting an outcome for people who come to us for help and has successfully managed to reunite families across the Parkes electorate, helping many people in dangerous situations overseas.

“That’s an incredible outcome and something she should be very proud of.”

Over the years, Ev has experienced plenty of changes and seen staff come and go but she has always been happy to stay in the background and get the job done.

“I enjoy helping people and talking to people,” Ev said.

“I’ve met a lot of very interesting people, from a wide variety of backgrounds and experiences.

“It’s been a fabulous career; from meeting Prime Ministers and interesting people around the halls of Parliament House to helping constituents – it’s different every day.

“I’ll miss the people the most.”

Mr Coulton said Ev is a valuable member of his team and will be very much missed.

“Her kind, calming personality is not only going to be missed by myself and all the staff she’s worked with over the years, but the many hundreds of people who have spoken to her in my Dubbo office,” Mr Coulton said.

“I wish her well in her much-deserved retirement.”

Ev looks forward to spending more time with her family and in her garden and hopes to travel again once borders start to reopen.