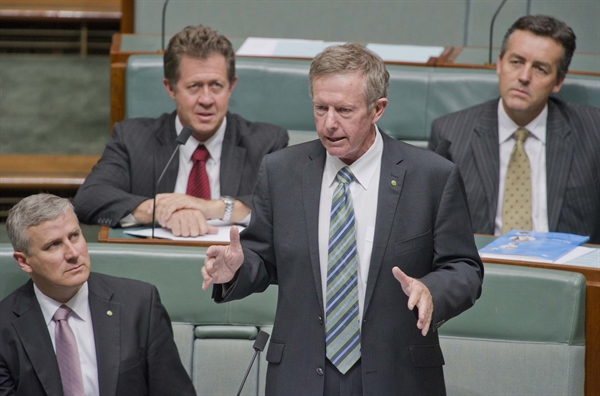 In a big step towards Australian children being better protected against cyberbullying and safer when they go online, the Enhancing Online Safety for Children Bill 2014 was introduced in the Commonwealth Parliament, Federal Member for Parkes Mark Coulton announced today.

“Parents, schools, teachers and children in the Parkes Electorate have given me extensive feedback about the harmful effects of cyber-bullying and the impact it can have on young people,” said Mr Coulton.

“The bill introduced into Parliament today will play a significant role in addressing the growing problem of cyber-bullying, and will enhance online safety for children living in country New South Wales.”

Mr Coulton said that parents especially had expressed their concern about ensuring the online environment is as safe as possible for children.

The Bill was introduced into Parliament by Paul Fletcher MP, Parliamentary Secretary to the Minister for Communications.

“This is about delivering on our election promise to enhance online safety for children” said Mr Fletcher.

“With research showing that one in five Australian children are the victims of cyber-bullying, this Bill brings powerful new tools to help keep children safe online.”

The Enhancing Online Safety for Children Bill 2014 includes a range of measures to combat cyberbullying and provide a safer online environment for children, including:

·         Creating an effective complaints system for harmful cyberbullying material targeted at an Australian child, with the Commissioner given two sets of powers it can use in responding to a complaint

The measures in the Bill are designed to encourage large social media services to work cooperatively with the Commissioner under what is called ‘tier 1’.

“We have consulted very extensively  with schools, parents, kids from ages 5 to 17, social media services and other stakeholders  both in opposition and in government,” Mr Coulton said.

“The message from the community is loud and clear  government must act to fight cyberbullying and help keep Aussie kids safer online.”

The Commissioner will take a national leadership role in children’s online safety initiatives across government to develop and implement policies to improve safety for children online. The Commissioner’s office will be established as an independent statutory office with in the Australian Communications and Media Authority.

The Commissioner will work closely with police and other government agencies, as well as the internet industry, child protection organisations, and parent and teacher associations.

The Commissioner will administer funding of $7.5 million for online safety programmes in schools and $0.1 million to support Australian-based research and information campaigns on online safety.