Freight route strengthened from Mungle Back Creek to Boggabilla 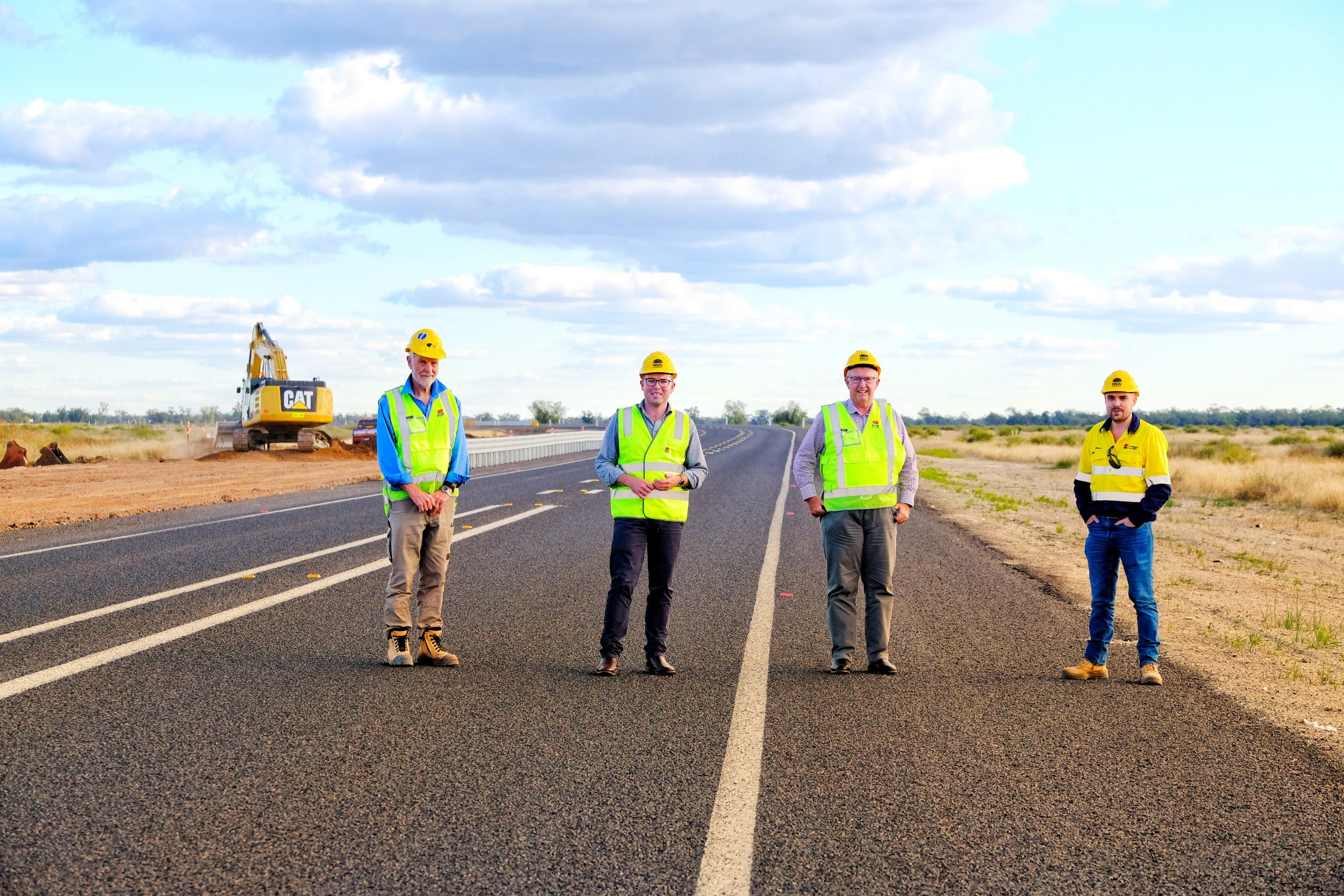 The Newell Highway upgrade from Mungle Back Creek to Boggabilla reached a key milestone this week, with the completion of stage one of upgrades.

Federal Member for Parkes Mark Coulton welcomed the news that the first 18 kilometres of the 27-kilometre upgrade was now open to motorists for improved safety and freight efficiency.

“Infrastructure projects like the Newell Highway are forging ahead to support jobs and the local economy in my electorate during these challenging times,” Mr Coulton said.

“The stage one upgrades are primarily about safety, with wider lanes and a one-metre centreline to reduce the risk of collisions.

“These upgrades will support opportunities for local industry with new and improved freight efficiency.”

State Member for the Northern Tablelands Adam Marshall said that work would now commence on stage two, with the completion of the whole project estimated to occur in mid-2021.

“In November last year, we secured an additional $81.1 million in funding from the Australian Government, bringing the total commitment to stages one and two, to $203 million. The additional funding has provided the green light for stage two of the project, which will upgrade an additional nine kilometres of highway,” Mr Marshall said.

“The commitment from both our governments to this project means we’ll be finished stage two by mid-2021 to deliver faster, safer and more efficient journeys through the region.”

Deputy Prime Minister and Minister for Infrastructure, Transport and Regional Development Michael McCormack said this was great news for the freight industry which would now experience a safer, smoother and faster journey along this part of the Newell Highway.

“The Australian and NSW Governments have invested $122 million to transform this 18-kilometre section of the Newell Highway, which is a major freight corridor connecting Queensland to Victoria through inland NSW,” Mr McCormack said.

“This forms part of a broader commitment of $700 million in upgrades for the Newell Highway to make sure goods and produce are moved safer and more efficiently from Brisbane all the way to Melbourne.”