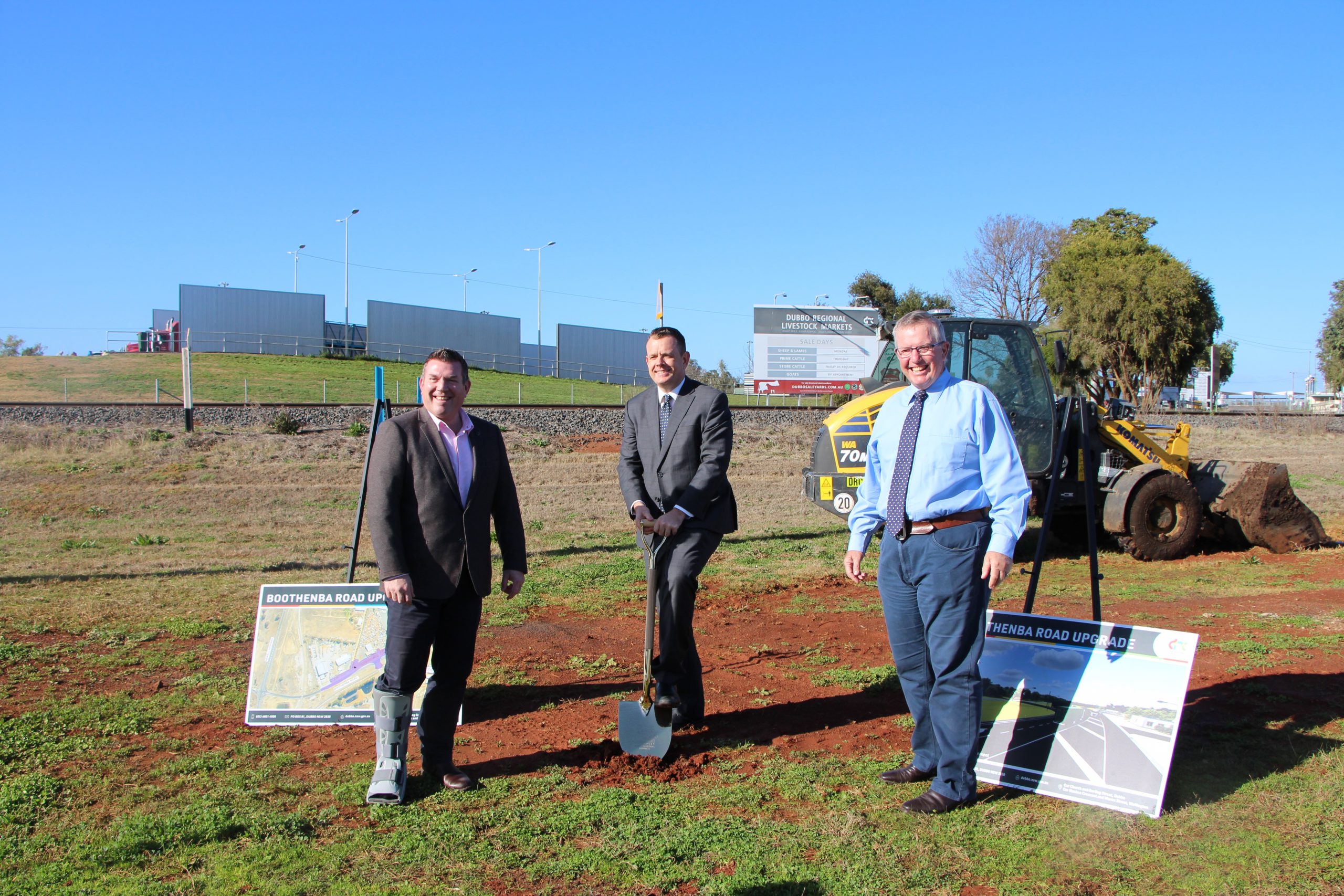 Safety on Boothenba Road is set to be improved, with the first sod turned on upgrades to the intersection that leads to the Dubbo Regional Livestock Markets.

Member for the Dubbo electorate Dugald Saunders joined with Federal Member for Parkes Mark Coulton and Dubbo region mayor Stephen Lawrence for the event, which marks the official commencement of the $8 million project.

The NSW Government has contributed $6 million from its Drought Stimulus Package to the project, and Mr Saunders said the work will improve a known black-spot.

“We announced the funding for this project on the same day that Dubbo hosted the Daily Telegraph Bush Summit in 2019, and while a lot has happened between then and now it’s great to see it finally coming together,” he said.

“Hundreds of thousands of sheep and cattle are transported to the saleyards every year, and this project will enable a realignment and widening of the road, as well as the creation of dedicated turning and deceleration lanes and other improvements.”

Mr Coulton said the project, which received $2 million worth of Federal Government support under the Heavy Vehicle Safety and Productivity Program, is excellent news for motorists and the local economy.

“The Federal and New South Wales Coalition governments are working together with Dubbo Regional Council to deliver this much-needed upgrade to a key freight route, boosting local jobs and the regional economy,” Mr Coulton said.

“Upgrading this intersection will significantly improve safety for all road users and increase productivity gains for heavy vehicles accessing the saleyards. Investing in high-priority infrastructure projects like this supports local workers, households and businesses, which means more cash flowing through the local community at a time when it’s needed most.”

Mr Lawrence praised the collaboration between all levels of government.

“Dubbo Regional Council is proud to deliver this significant project to address historic community concerns around safety at the intersection of Boothenba Road and the Dubbo Regional Livestock Markets,” he said.

“I’d like to thank the NSW Government and the Australian Government for the funding to make this project a reality.”