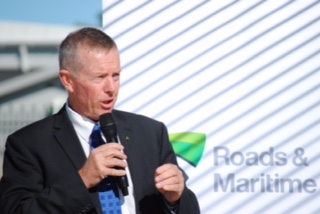 Deputy Prime Minister and Minister for Infrastructure and Regional Development Warren Truss said the Australian and NSW governments provided $15 million each towards the second and final stage of the project, as part of their ongoing commitment to drive economic growth, slash travel times and create thousands of new jobs.
“The bypass included constructing1.8 kilometres of new road through east Moree, and the creation of a southern town entry so traffic can bypass the Moree town ship,” Mr Truss said.
“The Bullus Drive and Newell Highway intersection at the southern end of the bypass has also been upgraded to include traffic lights, replacing a T-intersection, which was unsafe.
“Road maintenance will continue to receive a funding boost over the next six years, with $3.6 billion being invested in the Australian Government’s Roads to Recovery program and $565 million for Black Spots across Australia.”
New South Wales Minister for Roads, Maritime and Freight Duncan Gay said the bypass would reduce traffic congestion in the town centre, improving safety as heavy vehicles will be moved off local roads such as Frome Street.
“Before the bypass, 1,700 heavy vehicles a day travelled through the town centre of Moree, the equivalent of one truck per minute during the day and one truck every one and a half minutes at night,” Mr Gay said.
“The bypass will remove heavy vehicles off local roads in the Moree town centre, reducing travel time and costs for freight operators and improving safety for local residents.”
Federal Member for Parkes Mark Coulton said the Newell Highway is an important arterial link between Melbourne and Brisbane.
“The freight transport and business sectors as well as the tourism industry rely heavily on the north/south route for travel between Melbourne and Brisbane. Better roads means less congestion, faster travel times and lower fuel costs,” Mr Coulton said.
“Two other connections to the local road network off and onto the bypass at Anne Street and Thompson Avenue were also created as part of the bypass to improve access to the Newell Highway for motorists and freight.”
State Member for the Northern Tablelands Adam Marshall said work on the second stage of the bypass provided employment for up to 80 workers on site at any one time and 19 local businesses who provided supplies and services.
“The bypass has supported the Moree community in many ways  it’s boosted our local economy and has provided safer local roads for residents.
“The bypass also builds on a number of other critical upgrades the NSW Government has already delivered along the highway, including an extra eight overtaking lanes and delivering vital heavy vehicle rest areas.”
Stage One was fully funded by the Australian Government, with the $56.2 million project opened in December 2010.
Media Contacts
For Mr Truss:                                  Brett Heffernan                   0467 650 020
For Mr Coulton:                              Amy Welham                       02 6882 0999
For Mr Gay:                                     Clementine Julian              0417 635 891
For Mr Marshall:                             Electorate Office                 (02) 6772 5552
Category: Media Releases3 August, 2015