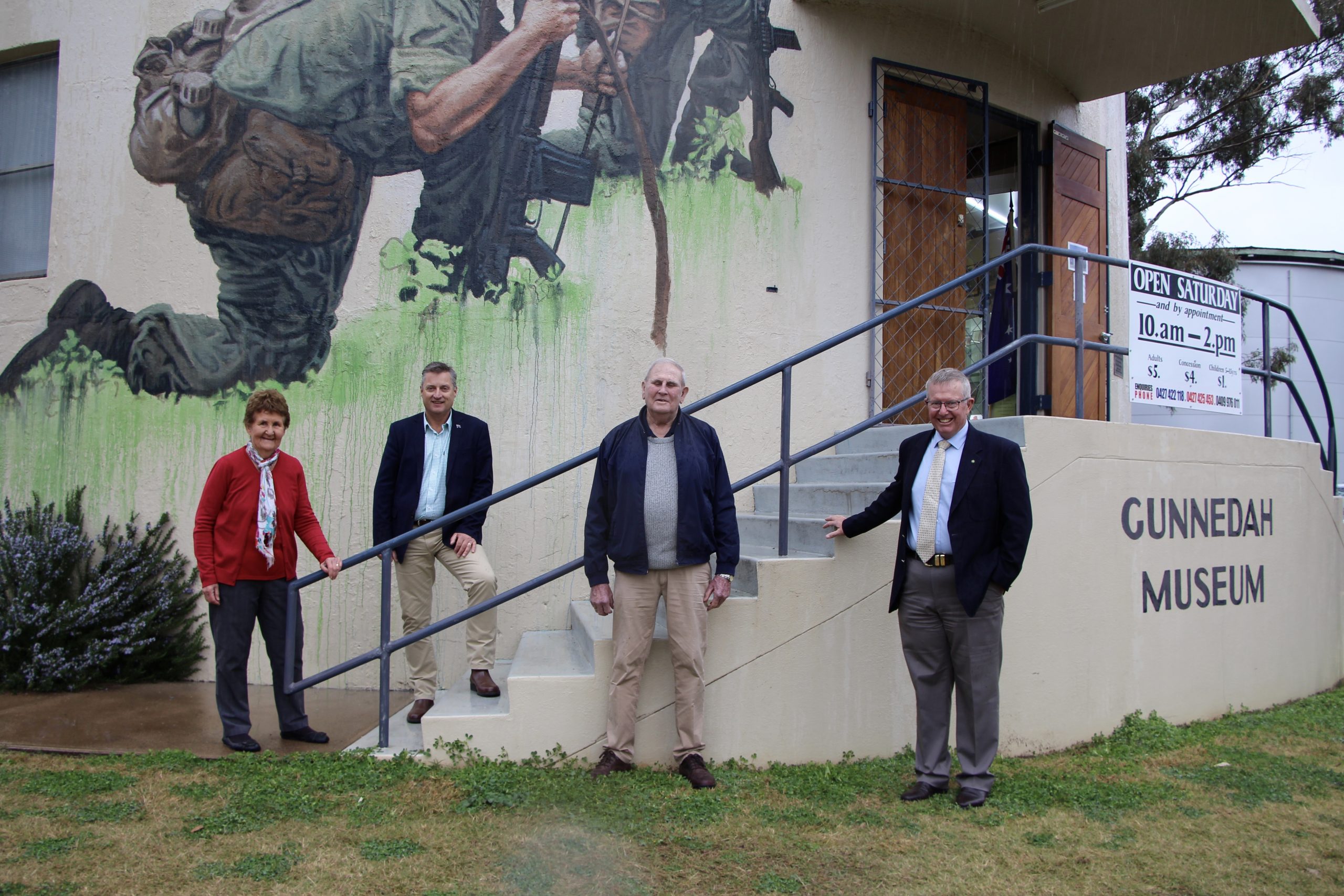 Federal Member for Parkes Mark Coulton, who was in Gunnedah today receiving an update on projects from Council, said he was thrilled an extra $1 million would be used to kickstart a range of exciting initiatives across the shire.

“The Coalition Government committed to delivering an additional $1 million to every council in my electorate, including Gunnedah, under the DCP – Extension, so that we can get cracking on important local projects to stimulate community spending and support jobs,” Mr Coulton said.

“These grants are providing a critical cash injection at a time when drought has had an enduring impact on community morale and the local economy right across my electorate.

“We’re also dealing with the many challenges posed by the COVID-19 pandemic, and we’re working to ensure our communities are supported through the difficult times.

“I’m very pleased that Gunnedah Shire Council can now invest in these exciting projects, which range from enhancements to the local Rural Fire Service headquarters, right through to protecting the integrity of a Vietnam War Memorial mural.

“I know that these community-based improvements will make a positive difference right across the shire.”

“Gunnedah Shire Council is really pleased to have been able to work with the Federal Government through the Drought Communities Programme to progress these important projects,” Cr Chaffey said.

“Council’s priority is to build economic and community resilience, and the Drought Communities Programme is helping us achieve that.

“Gunnedah Rural Museum is upgrading its popular museum – a project that has local employment, tourism and historical benefits; the Rural Fire Service is upgrading its headquarter facilities to allow it to work even more efficiently; and the amazing mural on the Gunnedah Water Tower Museum will get UV protection through this program.

“These are among a number of initiatives approved for funding after Council called for community groups late last year to come forward with projects to stimulate local spending, provide employment and use local businesses and suppliers while delivering a long-lasting public benefit.”

The DCP – Extension is targeted at projects that stimulate local community spending by using local resources, businesses, suppliers and workers, or provide long-lasting benefits for communities and agricultural industries.

• To date, $2 million in DCP – Extension funding has been made available to Gunnedah Shire Council for local projects.

• DCP – Extension funding is intended to provide short-term support, including by boosting local employment and procurement, and addressing social and community needs.

• DCP – Extension funding is available to eligible councils for local infrastructure projects and other drought-relief activities. All 18 councils in the Parkes electorate, as well as the Unincorporated Far West NSW region, are eligible under the program.