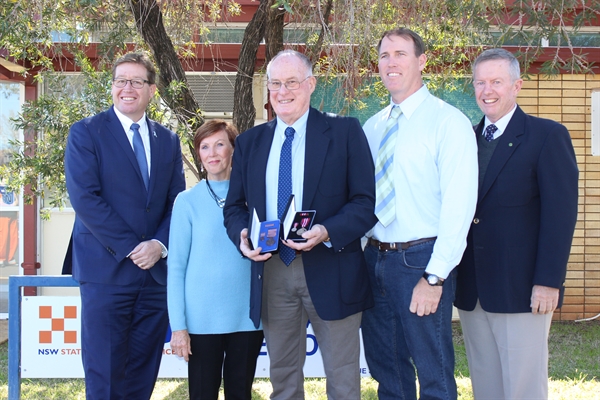 Whilst both Medals ultimately recognise service and dedication, Mr Coulton explained the differences between the two.

“The National Medal recognises long and diligent service by members of recognised government and voluntary organisations that risk their lives or safety to protect or assist the community in enforcement of the law or in times of emergency or natural disaster,” Mr Coulton said.

“In regards to Mike, he has served as both a member of the Australian Army Reserves and the State Emergency Service which has entitled him to receive both Medals presented today.

“I take this opportunity to publicly congratulate Mike on receipt of these significant medals and thank him for his ongoing commitment to helping others and more broadly his community and country.”