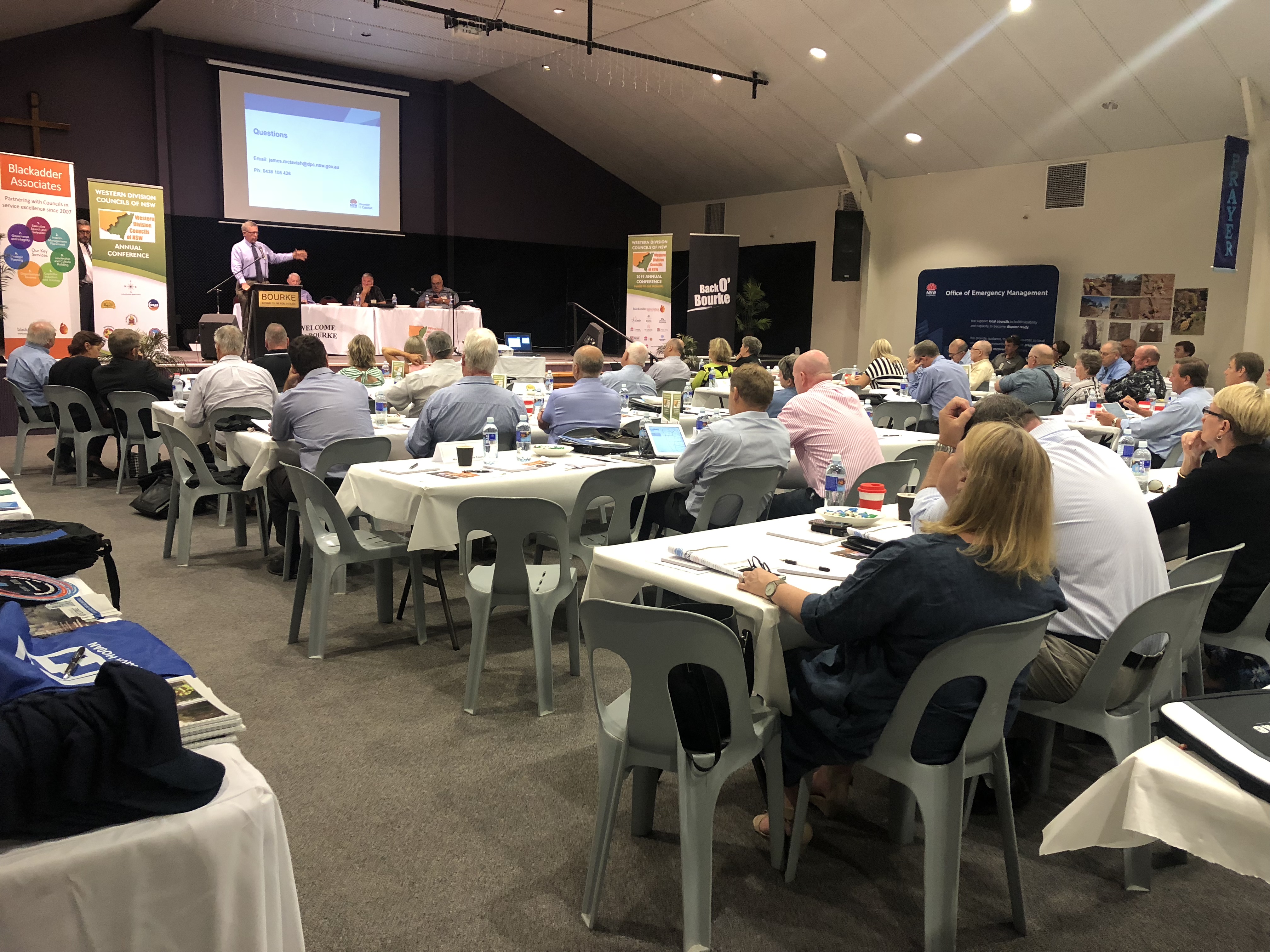 It was great to be in Bourke on Monday 25 February for the Western Division of Councils Annual Conference, which was themed “The bigger the challenge, the bigger the opportunity”.

The Parkes electorate incorporates many Western Division councils. The conference was a worthwhile forum for sharing ideas and support, and focusing on the important role of regional leadership. I thank the Bourke Shire Council for hosting this excellent event and Mayor Barry Hollman for extending my invitation.

I’m pleased the Coalition Government’s $100 million-a-year Future Drought Fund has passed the House of Representatives, despite Labor voting against it.

The Future Drought Fund is set to deliver $100 million a year to drought preparedness, resilience and climate adaptation for farmers – a dividend from $3.9 billion set aside to keep generating that money, which will grow to $5 billion by 2028.

Helping farming communities right across the Parkes electorate to better contend with drought is critical, and the Future Drought Fund legislates an ongoing commitment that will support my electorate and others.

The Australian Government has a $75 billion infrastructure investment plan, and in recent weeks, readers may have seen a campaign on television, print or radio highlighting this.

One of the projects in this significant plan is Inland Rail; a strategic investment in our freight future which will support the transport network required to serve our growing freight market. In my maiden speech in Parliament 11 years ago, I said this rail line would place the Parkes electorate at the transport crossroads of Australia – a statement I believe in strongly today.

Major investment projects the Government is funding in your local area can be found on an interactive map at www.buildingourfuture.gov.au

The Liberal and Nationals’ Government is investing more than $200 million to list four new breakthrough cancer treatments on the Pharmaceutical Benefits Scheme (PBS), meaning Parkes electorate patients with a concession card can pay a little as $6.50 per script for these treatments.

Eligible patients with leukaemia, advanced kidney cancer, bladder cancer and liver cancer will have new and innovative treatment options that have the potential to save and extend lives.