Coulton’s Catch Up – Environment Minister’s visit, Out and about in Gilgandra, Funding on offer to improve bridges and roads, Water market advisory group 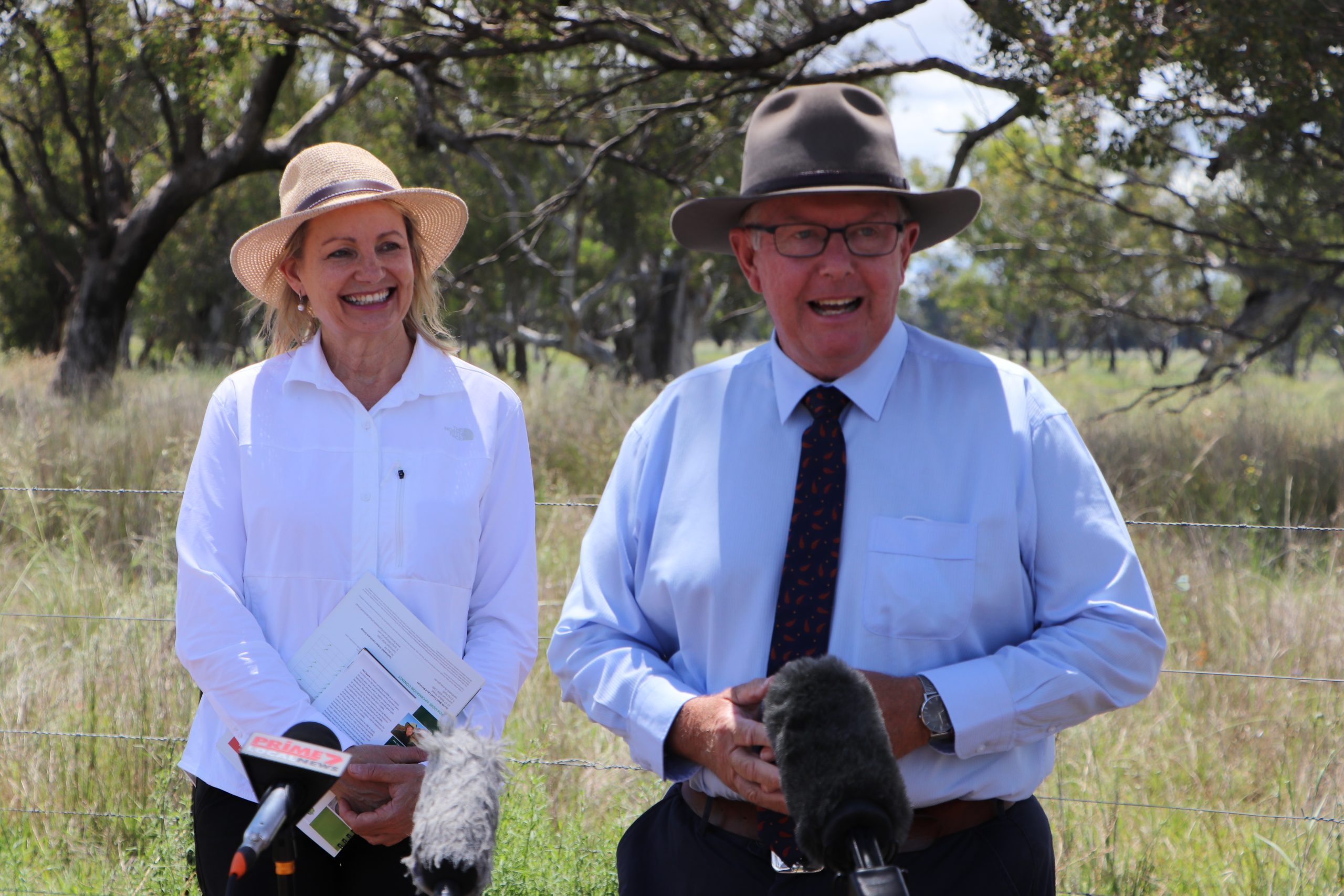 It was wonderful to be joined by Environment Minister Sussan Ley in Carroll last week to announce $1 million in funding to help protect Gunnedah’s koalas from drought and changing climates.

This is part of the Federal Government’s $18 million koala package, with the funding to be used for a range of conservation projects including native vegetation improvements, the control of invasive weeds and ensuring reliable access to water. Gunnedah has a proud history of supporting koala populations and this funding allows us to expand on this progress, ensuring koalas thrive well into the future.

It was also great to have Minister Ley in the electorate during National Recycling Week, highlighting the important role that regional Australia can play in Australia’s recycling transformation. We toured the Australian Recycled Plastics facility in Narrabri – one of the few recycling facilities in Australia that can simultaneously sort HDPE, PET and coloured plastic – as well as Gilgandra Shire Council’s waste facility. It is operated by Carlginda Enterprises, which provides employment for people living with a disability.

During her visit, Minister Ley announced the opening of the next round of the Recycling Modernisation Fund, with grants ranging from $100,000 to $1 million for projects to boost recycling capacity in rural and regional areas.

Out and about in Gilgandra

I was pleased to be able to catch up with Gilgandra Shire Council Mayor Doug Batten and General Manager David Neeves during my visit to Gilgandra last week, to discuss plans for The Mill on Miller Street project.

I recently announced more than $329,000 in funding for this project through the Federal Government’s Building Better Regions Fund, so it was great to see and hear first-hand how Gilgandra’s town centre will be transformed into a social and cultural precinct.

A highlight of my Gilgandra trip was a visit to the Gilgandra Museum, where I caught up with Max Zell and Phil Howard to take a look at the upgrades they’ve completed thanks to Federal Government funding. Earlier this year, the Gilgandra Museum received $50,909 through the Foundation for Rural Regional Renewal’s (FRRR) Tackling Tough Times Together program which they used to install new flooring, LED lights and an instant hot water system. They will also be installing a new kitchen and are working on establishing an audio system in the museum. More recently, the museum has received $14,300 through the Stronger Communities Programme to replace its signage to attract more visitors.

Funding on offer to improve bridges and roads

Motorists and freight operators in the Parkes electorate could soon benefit from further funding to build better bridges and safer freight roads, with applications now open for the latest rounds of the Bridges Renewal Program (BRP) and Heavy Vehicle Safety and Productivity Program (HVSPP).

The Coalition Government has committed $250 million under these programs for projects to upgrade or replace ageing bridges, and for road projects which improve the productivity and safety of heavy vehicle movements across Australia.

Under the last round, more than $16 million worth of projects were funded in the Parkes electorate, including the $2 million Boothenba Road upgrade near the Dubbo Regional Livestock Markets, the $1.25 million Lucas Bridge replacement in Gilgandra, $2.5 million for the widening of the Mitchell Highway between Bourke and Nyngan, and more than $5 million for roadworks in the Walgett Shire.

Last week eight people were appointed to the Advisory Group on water markets in the Murray-Darling Basin.

The Advisory Group will provide the important foundations needed to work with Basin states and develop a reform roadmap for improving the structure, governance and operation of water markets in the Basin. The group consists of technical experts, water market users and stakeholder representatives, and will play a key role in assisting the former Agriculture and Water Resources Department Secretary Daryl Quinlivan in his new capacity as the principal adviser.