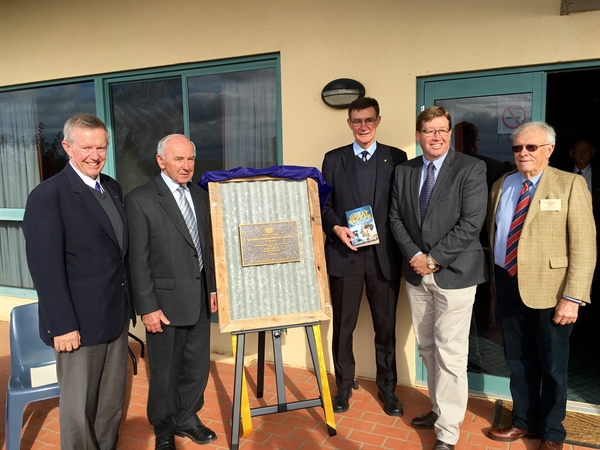 The Narromine Aviation Museum project, which has added a 600m2 extension to the existing museum, is now complete, with the $430,000 project officially opened today.
Minister for Regional Development Fiona Nash said the Nationals invested $210,000 towards the project to construct a space for the museum to display aircraft and other artefacts, photographs and documents.

“Visitors to the museum will also have access to improved retail and café facilities,” Minister Nash said.

“Being a regional based Minister from Central West NSW, I am passionate about projects like this which promote economic development and create new jobs in our regions.”
Federal Member for Parkes Mark Coulton said the Narromine Aerodrome, home to the Aviation Museum, was one of Australia’s most historic aerodromes.

“The history of the museum itself is significant too—it is nearly 14 years since the museum was officially opened by the late pioneer aviatrix Nancy-Bird Walton in October 2002.”

Mayor of Narromine Shire Council Bill McAnally said Council was pleased to support the upgrade with a $64,790 contribution to the project.

“Narromine is a haven for tourists with an interest in aviation,” Councillor McAnally said.

“Along with the Aviation Museum that offers an aviation history experience, our excellent Aviation Centre also features a Gliding Club and Aero Club, allowing visitors to learn to fly or to take a trip in a glider or Tiger Moth.”

The museum is online at http://www.narromineaviationmuseum.org.au/.