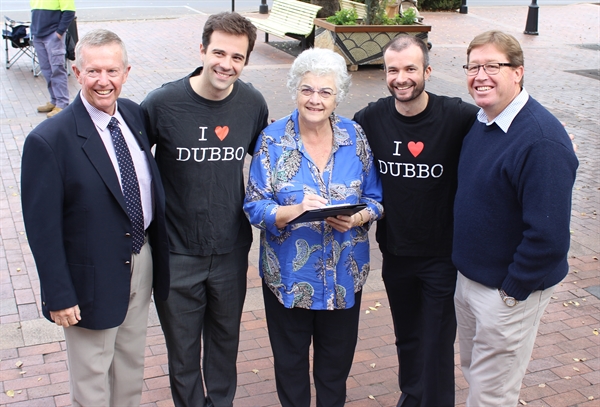 Federal Member for Parkes, Mark Coulton has secured a $25 million election commitment for an integrated cancer centre that would be located at Dubbo Hospital.

Mr Coulton welcomed today’s announcement that if the Coalition is re-elected to Government at the Federal election on 2 July 2016, a $25 million federal contribution will be made towards the construction of an integrated Cancer Centre for Western New South Wales (NSW).

Mr Coulton has been advocating for an integrated cancer centre to be incorporated into stages 3 and 4 of the NSW Government’s redevelopment of Dubbo Hospital and says that the need for such a facility in Western NSW is very clear.

“I keep hearing that many people are often choosing death over treatment for cancer as the physical and emotional costs of obtaining treatment is an enormous burden not only on patients but also on their families and friends,” Mr Coulton said.

“Add to that the estimate that people in Western NSW have a life expectancy eight years below metropolitan areas, in part because people do not have access to specialist centres, it makes the need for this cancer centre very obvious.

“I am very grateful to my colleagues for helping to secure this election promise and to the members of communities right across Western NSW, including Dubbo based medical specialists and West Dubbo Rotarians, who have helped me to raise awareness of the issues being faced.

“Should the Coalition be re-elected to Government at the upcoming election, I will work closely with my state colleague, Deputy Premier Troy Grant, to see this cancer centre come to fruition.”

Member for Dubbo & Deputy Premier Troy Grant has welcomed the announcement that a re-elected Federal Coalition Government will provided $25 million towards a cancer centre for Dubbo.

“I congratulate Federal Member for Parkes Mark Coulton, Dubbo West Rotary and all involved on the local campaign to bring a cancer centre to Dubbo on this fantastic news,” Mr Grant said.

“The NSW Government commits to doing our part to make a cancer centre for Dubbo a reality.

“After the July 2 Federal election if the Federal Liberal & Nationals Government is returned I will sit down with Mark Coulton and the Local Health District to plan and scope out the remaining funding and timeframe to include the cancer centre in stages 3 & 4 of the Dubbo Hospital redevelopment.”