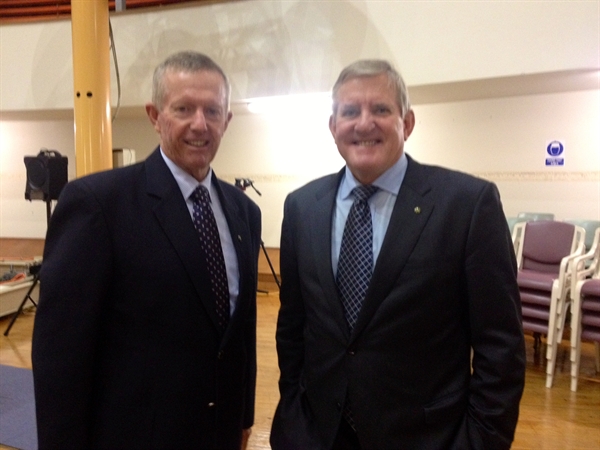 Federal Member for Parkes, Mark Coulton said that the contribution of nearly $8 million by the Federal Government to the Hermes instrument at Coonabarabran would provide further insight to scientists seeking to improve our knowledge of the Milky Way.

The Hermes instrument will enable scientists across the world to analyse data to gain greater understanding of stars and galaxies.

Mr Coulton said that the facility at the Australian Astronomical Observatory was first class.

“The HERMES Project has been developed over a number of years. The power of the instrument is simply fascinating,” said Mr Coulton.

“This investment in research will pay off in the years ahead as we gain a greater understanding of the space around us,” said Mr Coulton.

Mr Coulton said that the Parkes Electorate is the centre for several ground breaking research projects including the First Solar project located at Nyngan, and the Moree Solar Farm as well as several agricultural research stations.

“Regional Australia supports and understands the benefit that research brings to us. I congratulate the HERMES project Leader Andrew Sheinis and his team for all the work they have done to make this a success,” said Mr Coulton.