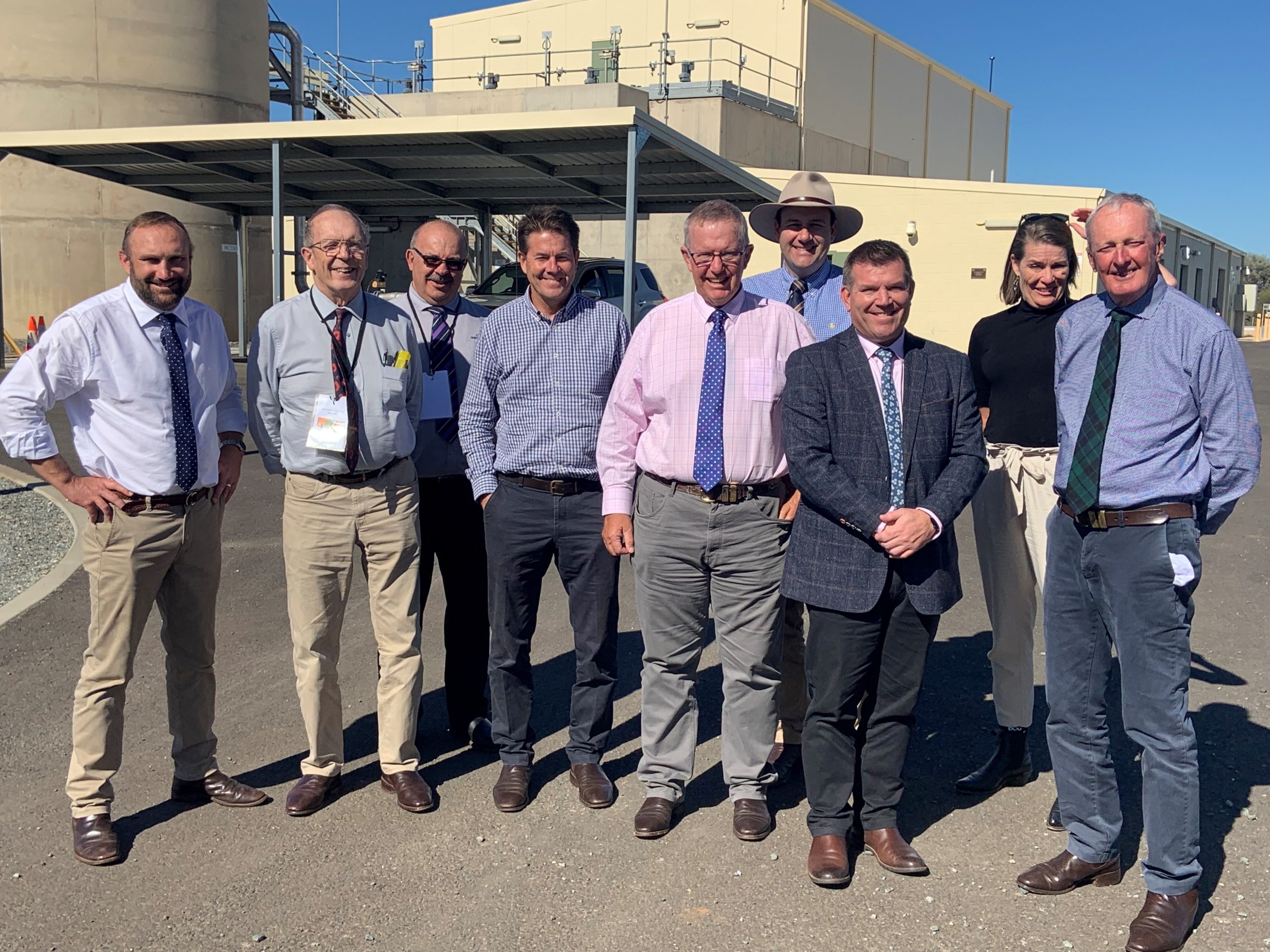 The construction of three new pump stations at Nyngan, Hermidale and Cobar to improve water reliability in the state’s Far West has been given the green light after the Australian Government agreed to co-fund the $46 million project with the NSW Government.

Deputy Prime Minister Barnaby Joyce said the Federal Government is committed to getting this project up and going.

“The new pump stations will be larger to cater for expected future growth in demand, and will use new technology to regulate water flow and pressure as it travels more than 125 kilometres from the Bogan weir pools at Nyngan to Cobar where it will be used for residential and commercial use,” The Deputy Prime Minister Barnaby Joyce said.

“Joining forces with the NSW Government enables us to fast track the delivery of these pump stations while the final business case is confirmed for a new pipeline between Nyngan and Cobar.”

NSW Minister for Lands and Water Kevin Anderson said the NSW Government has committed to the other half of the funding to build the new critical infrastructure.

“Safe and secure water is a basic human right. The current pump stations were constructed decades ago and are well past their design life with the ageing machinery requiring constant maintenance,” Mr Anderson said.

“This causes major disruptions to Cobar’s town water supply and comes at a considerable cost to water users.

“The pump stations will ensure water gets where it needs to go, improving water reliability for the town’s 4,000 residents along with local businesses and the mining industry.

“Work on the business case began mid last year and we have been very proactive about accelerating this project.”

Federal Member for Parkes Mark Coulton said this is a win for the Cobar community.

“I’m so pleased we’ve been able to secure the funding for this critical infrastructure,” Mr Coulton said.

“Having access to a reliable water source is vital for every community, which is why it’s so important that these old pump stations are replaced.

“New pump stations will enhance Cobar’s current water supply, while work is undertaken on the business case for the proposed Nyngan to Cobar pipeline upgrade. This will ultimately provide long-term water security and drought resilience for the region.”

Minister for Western NSW Dugald Saunders welcomed the funding and said it is great to see the NSW and Commonwealth Governments working together to benefit regional communities.

“Water security is vital to so many communities in Western NSW and it’s great to see the NSW Government and the Federal Government combining on such an important project,” Mr Saunders said.

“This is a great example of different levels of government working together for the betterment of a regional community, and I thank the Commonwealth for joining with us to improve water reliability for Cobar and surrounds.”

The current pump stations will be de-commissioned once the new ones have been built.

Stakeholder and community engagement on the pump stations and pipeline has been ongoing since mid-2021. More meetings will continue as the project develops.