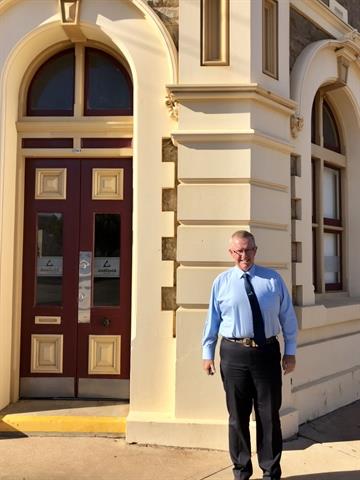 Broken Hill is set to be an even smarter city with a Federal Government grant of $342,236, announced today by Member for Parkes Mark Coulton.

“I am very pleased to share the news that Broken Hill will stand to benefit from a range of impressive technologies, made possible through the Smart Cities and Suburbs Program,” Mr Coulton said.

“I would like to congratulate Broken Hill City Council on their success.”

“Collecting information through smart city infrastructure will better inform council’s management and planning decisions. This will go a long way to improve the city’s overall appeal and build its visitor economy.

“Today the Australian Government has announced successful projects under round two of the Smart Cities and Suburbs Program and I am proud that Broken Hill has come out a winner.”

Minister for Cities, Urban Infrastructure and Population Alan Tudge said the program helps local governments which are pushing the boundaries with new ideas.

“This program encourages collaboration between local governments, industry, research organisations, tech start-ups and manufacturers in cities and towns across Australia. These partnerships in turn support the growth of emerging industries.”

Round two of the Smart Cities and Suburbs Program will fund 32 projects, 12 of which are in New South Wales. For more information visit https://infrastructure.gov.au/cities/smart-cities