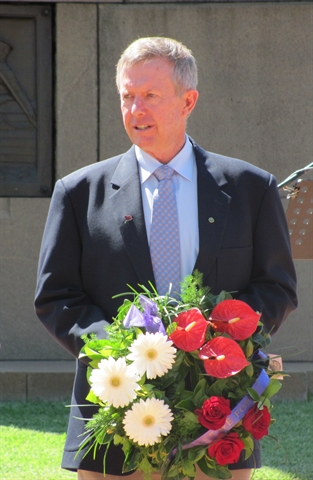 Anzac Day is an important occasion when Australians reflect on the courage of the men and women who have served in our name, particularly those who have made the ultimate sacrifice. Australia’s military history and our contribution to the maintenance of international peace and security are rightly revered.

For over a decade our troops have seen continuous deployments on operations overseas, often in complex, challenging and extremely dangerous environments. During Australia’s operations in Afghanistan 40 Australian Defence Force (ADF) members have been killed and 261 have been wounded. For some of our veterans, mental and physical injuries resulting from their military service will last a lifetime.

This Anzac Day there will be approximately 2,000 ADF personnel deployed overseas, which is comparatively fewer than in previous years. This is due to the completion of missions in East Timor and the Solomon Islands, and the continued drawdown of forces in Afghanistan.

Federal Member for Parkes, Mark Coulton said while you can still send your own parcel this Anzac Day, this year he is encouraging people to donate to Ex-Service Organisations such as the RSL, Legacy and Soldier On.

“Since East Timor in 1999 there have been almost 72,000 ADF members who have served on overseas operations”, said Mr Coulton.

“This Anzac Day in recognition of the increasing numbers of recently returned Australian veterans, I encourage everyone in the electorate of Parkes looking to make a lasting contribution to ADF personnel and their families to consider donating to one of the many Ex-Service Organisations dedicated to supporting our serving men and women.”

Donations can be made to Legacy (www.legacy.com.au/donate) or Soldier On (www.soldieron.org.au/give/donations) to support those personnel who have been wounded on operations and those family members who are suffering financially and emotionally from the death of a loved one.

Those who still wish to send a care package may instead like to consider donating money to the RSL’s Australian Forces Overseas Fund. The RSL provides care packages to Australian troops twice a year and your support would contribute to this valuable programme.

“This Anzac Day I urge all Australians to again dig deep and support our serving men and women and their families.”

Another round of funding open to help Build Better Regions
12 January, 2021