A gem for Lightning Ridge – Opal Centre gets green light 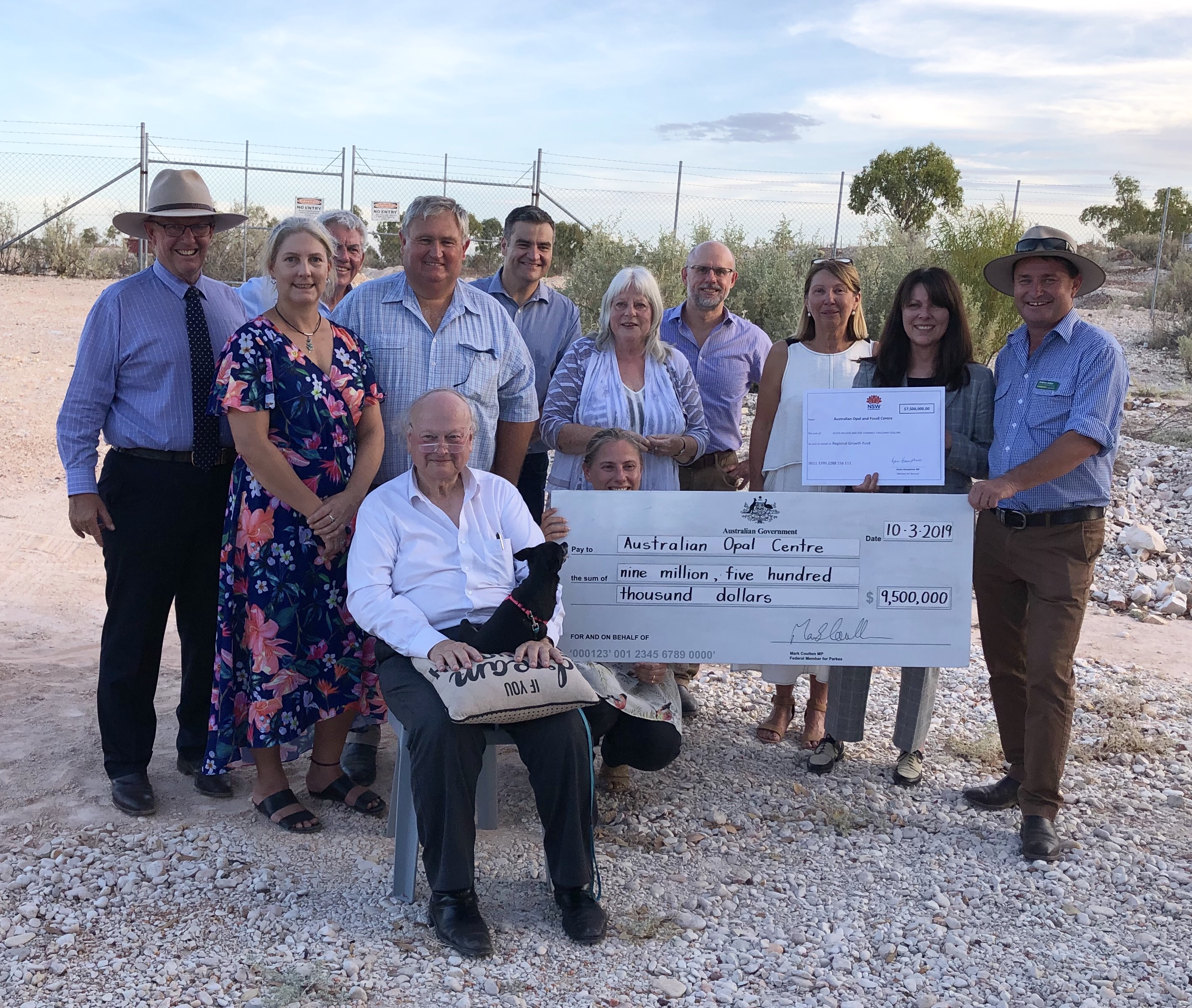 An iconic regional facility and $34-million-dollar project in Lightning Ridge has been given the go-ahead today, marking an exciting step forward for the economic, cultural and tourism capabilities of the western region of New South Wales.

Federal Member for Parkes Mark Coulton was in Lightning Ridge to make the special announcement.

“I am thrilled to share the news that $9.5 million has been committed to the first stage of the Australian Opal Centre in Lightning Ridge, under Round 3 of the Federal Liberal and Nationals Government’s Building Better Regions Fund,” Mr Coulton said.

“I have long been campaigning for the Australian Opal Centre, which will revolutionise the tourism offering in Lightning Ridge as a world hub for opal-related knowledge, training and certification. This will be an iconic centre that we can all be extremely proud of.”

“We are supporting our regions through investing in important local infrastructure, as well as great community-building and planning initiatives under the Building Better Regions Fund,” Mr McCormack said.

“In this round we are also investing more than $70 million in regional tourism infrastructure, to support those many regional communities that rely on tourism to bolster their economy.”

NSW Deputy Premier and Minister for Regional NSW, John Barilaro, said the NSW Government has reserved $7.5 million for the project.

“People love Australia’s unique opal gemstones and will be drawn from across the country and the world to visit what will be a magnificent tourism centre.”

“This is a huge win for my electorate of Barwon, offering new opportunities for tourism, as well as a boost to the regional economy,” Mr Humphries said.

“Walgett Shire Council is contributing another $2 million to this excellent project, and I look forward to seeing the benefits flow through the shire.”

The sentiments were shared by Australian Opal Centre President, David Lane OAM, who said the project will be a game-changer.

“This funding will enable the new Australian Opal Centre to position Western NSW and Australia as the world’s leading destination for opal- and fossil-related tourism, education, training and certification,” Mr Lane said.

“It will be a catalyst for renewed economic and cultural vitality throughout the region, and I thank the Federal and State Governments, Walgett Shire Council and the Australian Opal Centre’s founders and supporters for making this possible.”

“I am excited about the endless opportunities the Opal Centre project will provide for Lightning Ridge and the entire western region,” Mr Schier said.

The project will construct a new Australian Opal Centre as an energy-efficient, two-storey underground hub for opal education and training, certification, scientific research, art and culture. The new off-grid building will be designed by world-renowned Australian architects Glenn Murcutt and Wendy Lewin.

Fundraising for the final stage will take place while the first stage is constructed and opened to the public.