75 years of Farrer Memorial a Milestone to be Celebrated 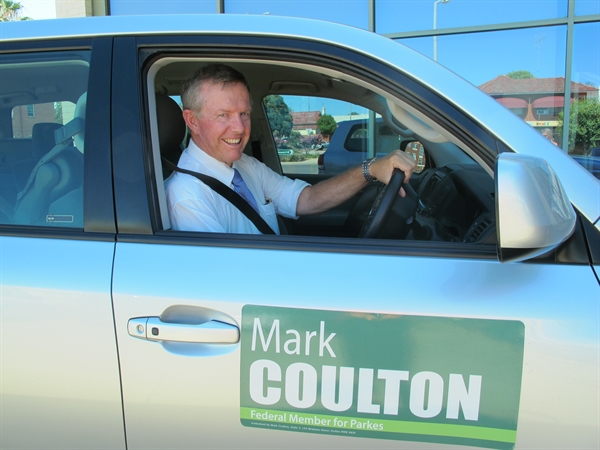 Federal Member for Parkes, Mark Coulton has encouraged former students of Farrer Memorial Agricultural High School to get involved in events marking the 75th anniversary of the school.

Mr Coulton spoke in the Federal Parliament about the basic principles which guided Farrer boys through school and life.

“As a 12 year old I was responsible for milking cows at 4.30am on a winters morning in Tamworth, – it was not only character building but it was a place where great friendships were forged.”

“The basic principles that we learnt at Farrer about looking after your mates, about being independent, about thinking for yourself and being resourceful- these are principles that I have been able to carry throughout my life.”

Mr Coulton said that while the emphasis in agricultural studies at Farrer had changed over the years from a commercial operation to agricultural experiment and education.

“The school is named in the memory of William Farrer and indeed agriculture still underpins the curriculum.”

“Many of my contemporaries went on to careers in other fields including the arts, law and finance and dare I say it, even politics.”

Mr Coulton paid tribute to past principles Clarrie James, Edgar Smiles and Norm Pether as well as the staff and students, past and present, who were working to ensure that the anniversary events went off without a hitch.

“For any past students who are interested in attending the Farrer Memorial Agricultural High School 75th Anniversary dinner being held Saturday 27th September I encourage them to make enquiries through the Old Boys Association or through the Tamworth Regional Entertainment and Conference Centre,” Mr Coulton said.